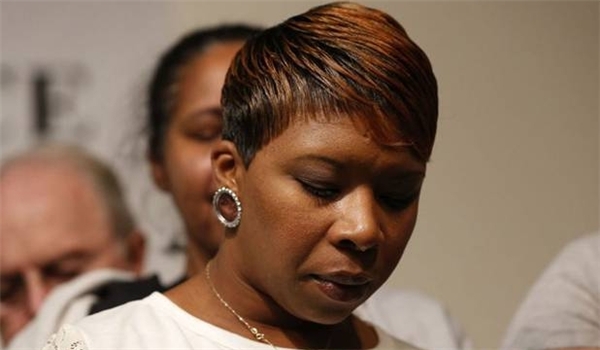 During an interview with NBC’s Today program, McSpadden said that Wilson’s account of the events that led to her son’s death “sound crazy”.

Wilson claims that the teenager trapped him in his car during a struggle when Brown repeatedly punched him in the face. He claims he then fired a shot at Brown, who initially ran before turning to charge at the officer as the unarmed teenager reached into his waistband – suggesting he had a gun.

“For one, my son, he respected law enforcement,” the teenager’s father Michael Brown Senior told the program. “Two, who in their right mind would rush or charge at a police officer that has his gun drawn? It sounds crazy,”

“I know my son far too well to know he wouldn’t ever do anything like that,” McSpadden said.

“He didn’t do what he had to do, he did what he wanted to do,” said McSpadden, referring to allegations that her son stole cigarillos before he was killed. She said the incident could have been dealt with in a way that didn’t result in her son being shot and killed.