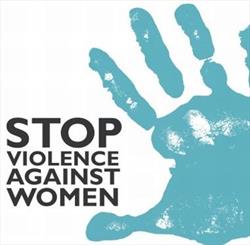 TEHRAN, Nov. 25 (MNA) – Presidential deputy for Woman and Family Affairs has held a specialist meeting on the occasion of International Day of Elimination of Violence against Women.

The first speaker was Sadeq Ayinevand who pointed to the popular belief mainly among rural communities that man should dominate family through coercive measures, which Ayinevand attributed it to the lack of knowledge in part of the family members and general public about their mutual rights and responsibilities; “the same dominant view promotes the idea that women are sources of evil, which has roots in Mesopotamian ancient androcentric cultures,” he added. “Some others believe in the absolute obedience of women to men, what Islam rejects; among popular beliefs is the fact that women are in lower ranks than men in terms of wisdom,” he gave as examples of factors contributing violence against women in an underdeveloped society.

Ayatollah Mousavi Bojnordi was second speaker, who criticized the fact that violence against women, which prevailed much of human history, is ascribed inaccurately to religions; “man is inherently created by God as a social animal, who seeks justice and law; based on his innate properties, he would welcome violence,” he asserted. “He has two dimensions; one is animal instinct of carnality, the other is his sublime entity which enjoys the ability to speak and the command over logic and speech,” he said, “both man and woman are human and no other side’s superiority over other is taken for granted; the gender would not be any determining factor in superiority, but the true human spirit constitutes our identity as humans, and not our corporeal body,” he emphasized.

“Therefore,” he concluded, “no difference would distinguish man and woman in the first place.”

On family responsibilities, Mousavi Bojnordi said that Islam commits man in providing woman with nafaqa (a term among jurists denoting the sum of money the husband should pay his wife on monthly basis); thus excluding woman from any economic responsibility; when man is responsible economically, naturally he would enjoy compensations in shape of doubled inheritance.

A third speaker was Homa Davoudi. She said that laws and responsibilities should be human-centered before any other properties as being gender-oriented; “in occasions, the sheer stiffness and the bare nature of law perpetuate violence inherent in the law under discussion; in other occasions as well, to administer justice itself brings about violence,” she believed, “in civil rights concepts of family laws, some laws coincides with violence; for example, structural violence against women is an outcome of the law itself; in case of divorce, the law takes side with men; on the other hand, mahriya would also entail abuses of the law when women files for receiving it in cash to intimidate their husbands as a preventive measure,” said the university lecturer.

Davoudi also believed that the law should bestow the right for divorce on women as well; “the legal age when teen girls are considered legally responsible and would be tried in the court as criminals has been improved; it is now 15, which is a good event for society,” she noted.

Mohammad Ali Esfenani, for his part, provided the meeting with a report on the different faces of violence against women; “physical and sexual violence against women have been perpetuated by governments by passing laws; violence by society and cultural beliefs among the public inflict women with unnecessary restrictions; women are victims of four categories of violence during their lifetimes; physical, economic, psychological and social,” said the Parliament Legal Commission spokesman. “Physical violence includes imprisoning women in homes; beating and verbal violence such as threatening remarks, using obscene language, and inflicting damage on property,” he elaborated.

Esfenani said that violence against women was not limited to underdeveloped societies, and it had gone far beyond the borders of the third world to the European societies where 35 per cent of woman are subject to different faces of violence; “in Iran, less than 35 per cent of violence are addressed by police; in some occasions, violence is tolerated, since the popular mentality is not to divulge family problems to the public and police,” he added.

“A research found that among 180 cases where police was called, 128 cases abandoned their case and refused to continue the litigation,” he said. “The violence against wife was directly related to the education level of the husbands and the age of the couples, as husbands with higher education displayed less violence against their wives than those with lower educational achievements, with the maximum violence against women exercised in rural communities, where the lack of awareness about rights and fear of labeling by the community are major contributing factors to tolerance of the situation,” Esfenani told the meeting.