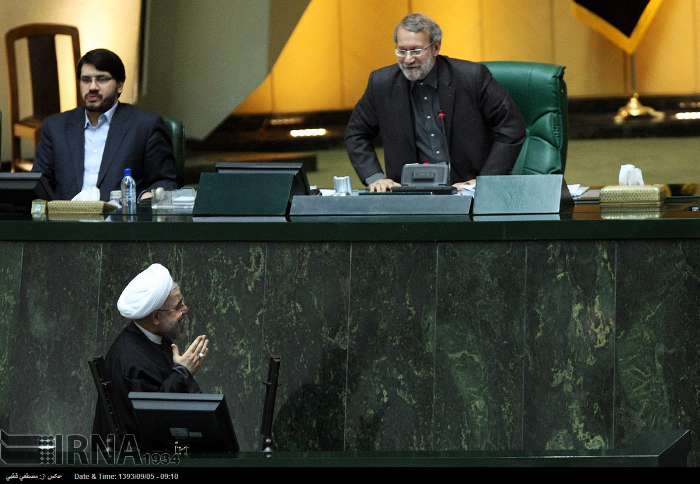 President says his nominee is symbol of moderation

Tehran, Nov 26, IRNA – President Hassan Rouhani called his nominee for science minister as symbol of moderation and called on members of Parliament (Majlis) to give him a vote of confidence.

President referred to the nation’s vote for moderate policies of his administration in 2013 presidential elections and asked the MPs to consider national interests and vote for Mohammad Farhadi.

He defended the qualifications of his nominee for minister of science, research and technology and warned against creating discord between government and Majlis.

Majlis and government should be united to boost national power against enemies, Rouhani noted, stressing that

public opinion will not accept perversity and division among decision makers.

He underlined that the administration achievements in both domestic and international arenas were the result of unity among the executive, legislative and judicial branches.

President Rouhani attended a Majlis session on Wednesday to defend the qualifications of Farhadi.

MPs have reportedly welcomed introduction of the proposed minister after Danesh Ashtiani, the fourth candidate for the position failed to receive a vote of confidence from Majlis.