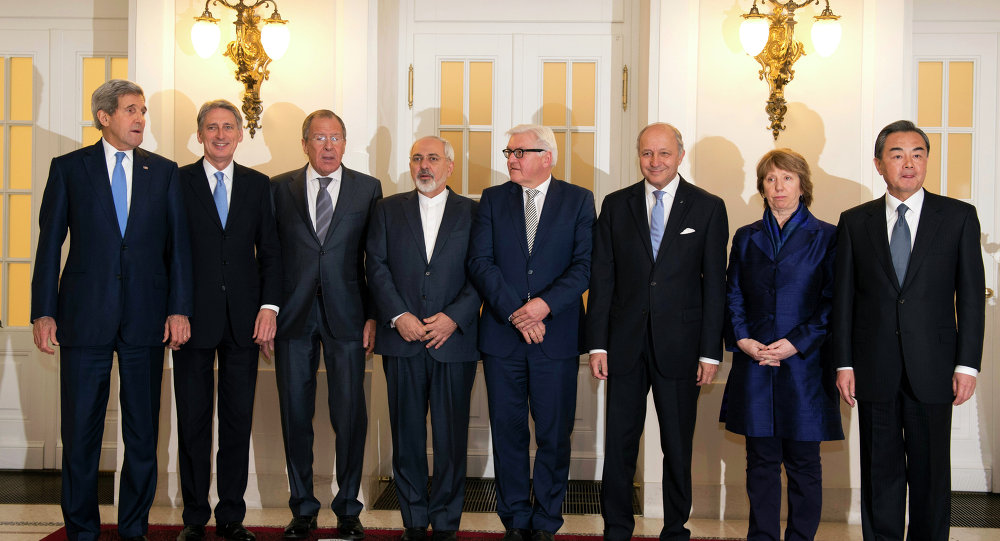 (Reuters) – A seven-month extension in talks between world powers and Iran on a deal to curb its nuclear program emboldened critics in Washington and Tehran, threatening to undermine further talks.

After failing to clinch an agreement that would limit Iran’s nuclear program in return for lifting stifling U.S.-led economic sanctions, the sides agreed on Monday to push back, yet again, a deadline for reaching a deal, until next July.

Iran is negotiating with so-called P5+1 group of the United Nations Security Council permanent members, plus Germany, but that could be called the P5+1+2, given the role played by hard-liners in Congress and in Iran’s ruling establishment.

Even before the ink dried on the extension agreement in Vienna, skeptics in Washington were demanding new sanctions to pressure Iran’s rulers.

The American Israel Public Affairs Committee, long regarded as one of the most effective lobbying groups in Washington, called on Congress to take up sanctions legislation.

“Congress must now act to send a clear message that U.S. patience is not limitless and that Iran must not be allowed to achieve a nuclear weapons capability,” it said in a statement.

Sen. Robert Menendez, the chairman of the Senate Foreign Relations Committee from Obama’s Democratic Party, stopped short of calling for new sanctions immediately, but said: “The cycle of negotiations, followed by an extension, coupled with sanctions relief for Iran has not succeeded.”

New sanctions pose a challenge to President Barack Obama, who has suggested he might veto them.

Reflecting disappointment that sanctions against Iran’s oil and banking sectors will remain, newspapers in Tehran used headlines like “Hich,” the Farsi word for “nothing,” to describe the outcome in Vienna.

LOOKING OVER THEIR SHOULDERS

At a news briefing Monday, U.S. Secretary of State John Kerry said the Vienna talks “made real and substantial progress,” but refused to be more specific.

The West wants strict limits on Iran’s uranium-enriching centrifuges and other nuclear work, in return for a gradual lifting of sanctions. Iran wants immediate termination of all sanctions, an agreement with a relatively short lifespan, and substantial enrichment capability.

In two days of closed-door, and sometimes tense, negotiations in mid-November at a resort outside the Omani capital of Muscat, Kerry and his delegation offered his Iranian counterpart a concession: Iran might be able to operate 4,500 centrifuges, rather than 1,500 the West had proposed earlier.

The offer apparently failed to break the deadlock, because Tehran’s negotiators seemed to have been given little leeway by Iran’s Supreme Leader, Ayatollah Ali Khamenei, who has final say on security matters.

“The negotiating team wants to reach an accord, but they aren’t coming to the table with elements that would allow us to conclude that deal,” said a senior Western diplomat after the Oman talks.

While Rouhani and his foreign minister Mohammad Javad Zarif have to watch their backs with Ayatollah Khamenei and Iran’s powerful Revolutionary Guards, Kerry was looking over his shoulder at Capitol Hill, where skepticism over Obama’s diplomatic opening to Iran runs deep.

The fact that opposition Republicans will take control of both chambers of Congress in January after this month’s mid-term elections was not lost on the Iranians and prompted hallway chatter in both Muscat and Vienna.

Kerry made as many as 10 calls to U.S. lawmakers while overseas, his aides said. One such call was with Sen. Bob Corker, the top Republican on the Senate Foreign Relations Committee, a committee aide said.

Corker said in a statement on Monday that he preferred the White House to keep negotiating with Iran rather than agree to a bad deal, but said Congress should prepare options, including tougher sanctions, if the talks fail.

Given domestic and outside pressures, yet another extension beyond next July is not ruled out, U.S. officials say.

One of Kerry’s aides, who has recently taken up knitting, decided after few days that the scarf she had been working on during the long days on the road was much too wide. She unraveled the wool completely and started again from the top.

The aide said that the interminable scarf could be a metaphor for nuclear diplomacy with Iran. By the time Kerry’s team boarded the plane to leave Vienna, the scarf was still not finished.