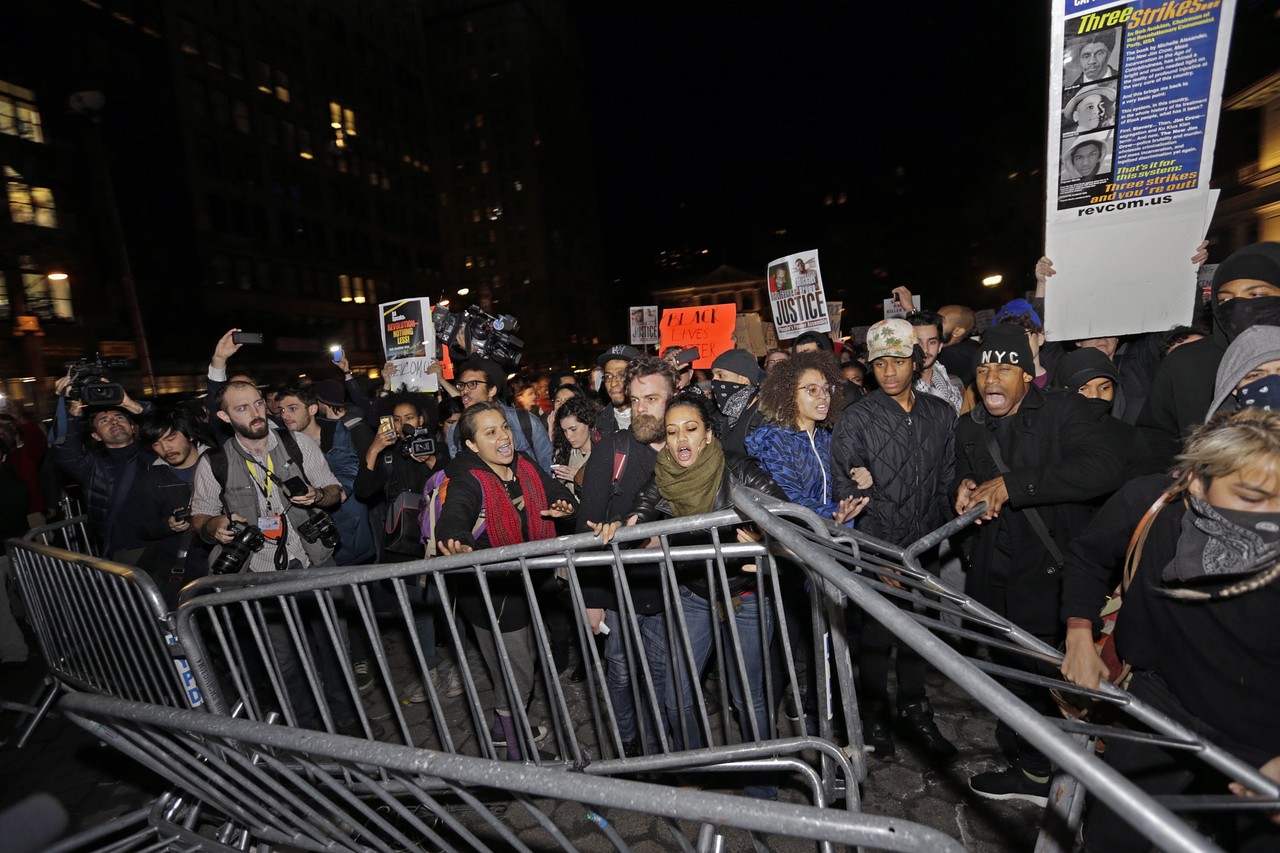 Protests in a number of U.S. cities were primarily peaceful Monday night following the decision by a grand jury not to indict a Ferguson, Mo., police officer in the shooting death of a black teenager, though some vandalism occurred in at least one city.

Marches and rallies had been planned in many of the nation’s largest cities, from New York to Chicago to Houston, regardless of the jury’s finding.

In New York, hundreds of demonstrators gathered in Union Square in Manhattan. When the grand jury decision was announced, word quickly spread through the crowd. In a few minutes, most were holding one fist up in the air as they observed a moment of silence that lasted nearly five minutes.

The only audible sound was the shutter of press cameras. Some demonstrators were in tears.

black teenager death in US, Ferguson decision, protest in us, Quoted, shooting of black teenager in US November 25, 2014
Armenia to maintain trade relations with Georgia and Iran after entry into EEU
Saeedi: Iranian negotiating team observed principles