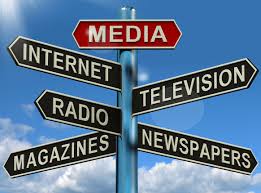 Media power of Islam in the world today

Many people believe in the McLuhan’s idea that media has no independent identity and taking media would result in taking culture and ideology. McLuhan states: Media is the same as message. If we accept the viewpoint, it will impose a neutral and inactive position to societies against anti-cultural attacks by the West throughout the media. By the way, societies would have no duty and foresight.

We believe that the media a powerful tool, in one hand, could transmit the message containing human and moral content, and on the other hand containing inhuman, immoral and devil content.

Cultural management and complicated planning for media will utilize the media in favor of promoting cultural, human and divine values. Undoubtedly, the approach would make our responsibility heavier and multiple the values of planning and thinking.

In cultural, artistic and social arenas, we need deep, complicated and multi- dimensional thoughts and ideas to do reasonable, rational and true works.

It is worth to say a reminiscence of Sayyed Hassan Nasrallah. Sayyed Hassan: Some hours before, Hezbollah’s forces told me that we can destroy a Merkava tank with two Israeli soldiers. I responded wait. A Jeep accompany with three Israeli soldiers will pass the road. They said: Why? Now, we can destroy a highly expensive tank. It’s more valuable than a dilapidated Jeep.

After a brief halt, Sayyed smiled and continued: America can easily replace a Merkava tank, but one more soldier cannot be presented by the US. Also at the end, we will take all the Merkava tanks. Is it reasonable to destroy them?

Today, in the international arena we should choose between good and better or between bad or worse. The complicated, thoughtful men along with managerial skills and creativity can play the crucial role in the political and cultural fields and don’t be deceived. How much time did America, Israel and their allies consume to make planning and plot in the Muslim world?  They propagate the approach by the current media.

Today, the Muslim world deals with various issues in the political arena. All of us should utilize our maximum media power and capacities along with our relations to develop the Muslim world; help Muslims make the oppressed people free.

Now, what are the communication and media powers?

They should be used with minimum deficiency and maximum efficiency.

Today, movie, documentary, various artistic and literal methods, cyber space, internet, social networks, Facebook and so on should be used intelligently in a maximum way with considering their complexities.

You know that Facebook, Twitter and internet have paved the ground for our enemies to simply spy. Utilizing them, the enemy has used a complex engineering and designation. Do we prepare any long-term plan to use them? We should not deprive ourselves from valuable, long-term advantages instead of superficial and short-term goals.

How should the Merkava tank and Jeep be analyzed in the media field?

Second: Power and strength of media and communication in Islam such as the influence of mosques, Friday prayers and collective prayers. Making a list of these facilities would take a longtime but I refer to a few samples.

I think that the cultural effectiveness and influence of mosques is higher than Hollywood.

The power of communication and unification provided by Friday prayers and collective prayers is considered more than political meetings and TV shows.

The luminous and fruitful resource of Hajj is beckoned as the most marvelous and greatest symbols of Islam. If it’s implemented in a true way, it can show the communication and media strength of Islam.

Imam Khomeni (R.H) remarked: Religious customs, ceremonies and performances are political first and then spiritual and moral. Do we appreciate God for the countless blessings?

Today, if the Muslim world, faithful youths and revolutionary young Muslims don’t see the future, they would be neutral and consumer in the face of West’ modern technologies and innovations. By the new discoveries in Physics and Chemistry, appearance of new sciences such as Nano-Technology, Biotechnology, the media and communication models will be got more different and sophisticated.

We should achieve the powers, make them localize and use active engineering for honorable Islam.

What do the European countries, capitalism and Zionist companies aim to do against the Muslim world in the field of media and communication?

In the economic approach, the Muslim world is concerned as a plentiful source to be exploited and plundered during several centuries.

They want Muslims to be dealt with null, void and superficial issues to make decision for them and impose the western lifestyle to them in details. These are the mission of media in the political arena.

In the art and cultural field it is more tragic. The culture of nakedness and banality spread by European the media in the globe and Muslim world will deprave the individuals, wills, moralities, families and societies. It is a really satanic movement.

The cultural conspiracy is more dangerous, effective and perilous than political plot.

Although the Muslims have been achieved a deep insight in the political issues, we should try more to get rid of cultural and moral divergences. Today, Hollywood is the symbol and speaker of Satan.

The cyber space is filled with anti-Islamic objectives. The goal of communication science is exploitation, making contempt and defraud of nations.

We should not trap in the false attractions and the West’s culture and art and by ignoring Islamic values.

Indeed, by Allah, we have sent messengers before you to other nations. But Satan made their deeds seem fair to them so that today he is their guardian, and a painful punishment awaits them.

By associating with the satanic culture and making satisfied with the western ethics and civilization just because of superficial enjoyment, we could not be safe from their deficiencies and disadvantages. It will cause domination of the satanic culture on the different aspects of Islamic societies.

To whosoever blinds himself from the remembrance of the merciful, we shall assign him a Satan so he is his companion, and they bar them from the way, though they themselves think that they are guided. And when he comes before us, he shall say: ‘would that there had been between me and you, the distance of the two Easts! ‘Evil is the companion.

We should follow the holy Quran and Prophet Muhammad’s (Pbuh) Seerah (lifestyle), avoid sectarian thoughts and bias, and consider unity, empathy, justice and cooperation as our political culture.

Believers, take your precautions. March in detachments or march all together.(4:71)

We should help our friends in the countries challenging various seditions and violations such as Egypt and Bahrain and work together for the glory of Islam and Muslims. Unity and empathy will be achieved by Taqwá (fear of Lord) and effective relations. Believers, be patient, and race in patience, be steadfast, fear Allah, in order that you will be victorious. (3:200)