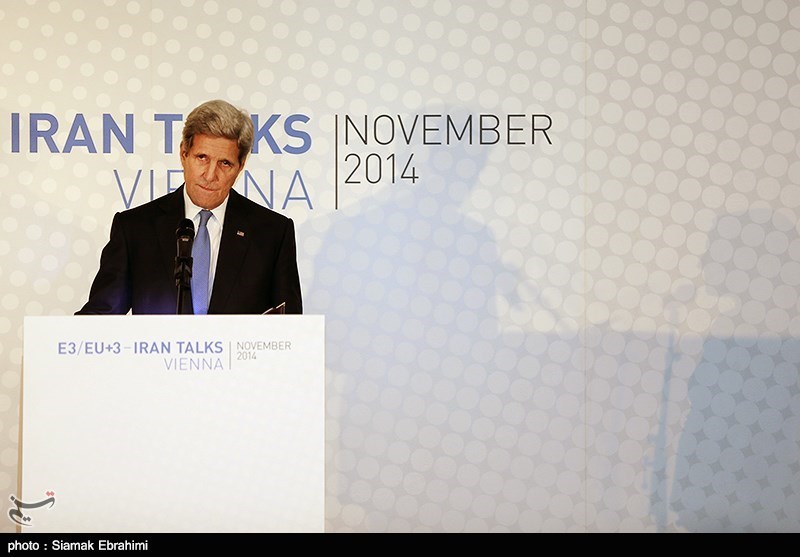 US Secretary of State John Kerry says Iran has lived up to its commitments based on the Geneva nuclear deal with the six world powers, but noted that the anti-Tehran sanctions will remain in place.

Speaking at a Monday press conference in Vienna after the last round of nuclear negotiations, Kerry pointed to criticism of the Joint Plan of Action (JPOA), signed between Iran and the P5+1 last November, noting, “The interim agreement wasn’t violated. Iran has held up its end of the bargain, and the sanctions regime has remained intact.”

“Today, Iran has no 20-percent enriched uranium; zero; none; and they have diluted and converted every ounce that they have and suspended all uranium enrichment above five percent,” Kerry said, adding, “Today, IAEA (International Atomic Energy Agency) inspectors have daily access to Iran’s enrichment activities and a far deeper understanding of Iran’s program.”

“That is how you build trust and that is how Iran made the decision to do it,” Kerry said, pointing out that the IAEA inspectors “have been able to verify that Iran is indeed living up to its JPOA commitments.”

He lauded the achievements made in the course of latest round of nuclear negotiations, saying, “In these last days in Vienna, we have made real and substantial progress and we have seen new ideas surface.”

“Progress was indeed made on some of the most vexing challenges that we face and we now see the path toward potentially resolving some issues that had been intractable,” the top US diplomat noted, adding, “We believe a comprehensive deal that addresses the world’s concerns is possible. It is desirable.”

He also praised the efforts by all the parties engaged in the talks, including the efforts devoted by Iranian Foreign Minister Mohammad Javad Zarif, saying, “The Iranian foreign minister has worked hard and he has worked diligently, has approached these negotiations in good faith and…that is what it takes to try to resolve the kind of difficult issues here.”

“We are jointly – the P5+1 six nations and Iran – extending these talks for seven months with a very specific goal of finishing the political agreement within four months.… At the end of four months, if we have not agreed on the major elements by that point in time – and there is no clear path – we can revisit [to see] how we then want to choose to proceed,” Kerry said.

The nuclear talks between Iran and the P5+1 group of countries ended in Vienna on Monday with the two sides agreeing to extend the Joint Plan of Action to July 1, 2015.

Iran, the United States, Russia, China, Germany, France and Britain held nearly a week of intense negotiations on how to tackle the remaining obstacles that exist in the way of reaching an agreement.

Under the Joint Plan of Action reached between the two sides in November 2013, a final comprehensive deal aims to give assurances that Tehran’s nuclear program is exclusively peaceful and, at the same time, lift all sanctions imposed against the Iranian nation over the country’s nuclear energy program.