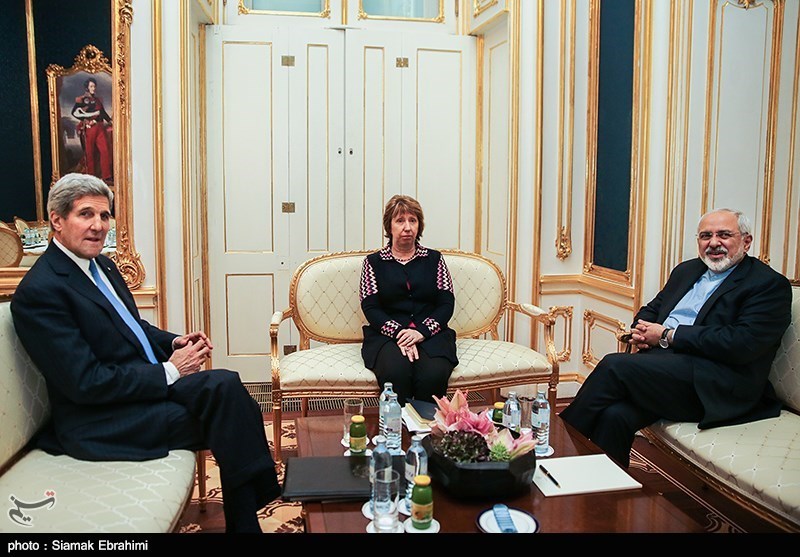 Vienna, Nov 23, IRNA – Iran’s Foreign Minister Mohammad Javad Zarif held 5th round of his meetings with the US Secretary of State John Kerry and the European Union Coordinator Catherine Ashton on Sunday.

The meeting was held in the sixth day of the 10th round of talks between Iran and the six world powers on Tehran’s nuclear program.

Simultaneous with the meeting, deputies of Iranian foreign minister are engaged in negotiations with their Russian counterpart Sergei Ryabkov.

The latest round of nuclear talks between Iran and the group of 5+1 comprising of the US, Britain, France, Russia and China plus Germany began on November 18.

The two sides are trying to reach a comprehensive agreement by November 24.

Meanwhile, Iran rejected the speculation made by Western media that the negotiating parties are willing to extend the deadline.

The Iranian nuclear negotiators made clear that Iran does not consider extension of the deadline.