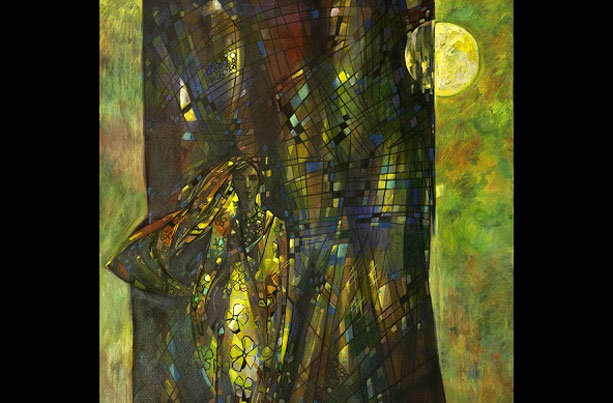 TEHRAN, Nov. 19 (MNA) – The recent works of a painter have been inspired by the Kobane’s defense against ISIL in Syrian-Turkish borders.

Ahmad Khalilifard, the artist, told Mehr News that he would display to the public his painting works on canvas in Vali Gallery. “The paint on canvas is a collection of works inspired by the developments in the Middle East especially Kobane’s defense against terrorists of Islamic State in Syria,” he said, which included 13 paintings of 120 centimeters long and 80 centimeters width.

Kahlilifard added that the majority of the paintings were recent inspirations during four months of ISIL attack on Kobane. “These works are drastic departures with previous works, but they have still footprints of past thematically; as before, they are narratives of love and mysticism, with an added flavor of epic sentiments and aura to reflect the influence of Kurdish people’s saving of Kobane against ISIL,” he asserted. Vali Gallery will display Khalilifard’s works on Friday November 21 for the interested public.