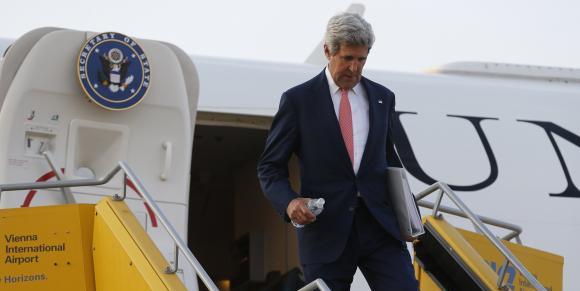 PARIS (AP) — U.S. Secretary of State John Kerry has landed in Paris for talks with the French and Saudi foreign ministers as part of a last-minute push to secure a nuclear deal with Iran.

Kerry arrived in the French capital Thursday from London, where he had two days of Iran-related meetings with his counterparts from Britain and Oman. Meanwhile, high-level negotiations with the Iranians are continuing in Vienna, with diplomats racing to beat a Monday deadline to seal a deal.

At some point, Kerry plans to join the talks in Vienna, but it was not clear if he would do so later Thursday or Friday.