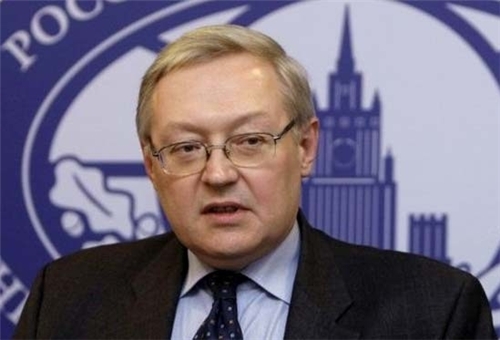 Disruption of talks with Iran may have complicated consequences — diplomat

“Today, we are having a rare opportunity. It is an extremely vital moment. Missing this chance would be a great mistake to be followed by fairly complicated consequences,” Ryabkov said adding that none of participants in talks between Iran and a group of six nations has mentioned the need to prolong the negotiations so far.

The talks are held in an exclusively tense atmosphere, according to the diplomat. “Time is slipping away,” Ryabkov said.

He also said the problem of Russian Foreign Minister Sergey Lavrov’s arrival in Vienna has not been solved yet.

“It is not clear over the ministers’ participation. I have no exact information on plans of all ministers. The arrival of the US Secretary of State has been confirmed,” he said. “The problem of who will represent Russia on the completing stage [of the talks] has not been solved,” Ryabkov said. “A decision will be made depending on what will happen here in the short run,” he said.

Ryabkov expressed hope that the negotiators would succeed in reaching agreement.

“This is the main concern, at least from our party. We call on everyone to lay aside secondary and peripheral arguments and think over what is necessary to do to take political decisions, which are a crying need,” he said.