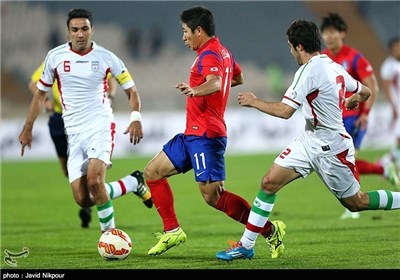 The Iranian football team beat South Korea in Tehran’s Azadi Stadium on Tuesday, thanks to a goal from Rubin Kazan striker Sardar Azmoun.

“It was a valuable victory for us against South Korea. I have to praise my players because of their performance. I have to also praise South Korean team since they could be the winner at end of the match,” Queiroz said in the post-match news conference.

“We could give our young players a chance to play against South Korea and I am satisfied with the way they played,” former Real Madrid coach added.

“We can learn from teams including South Korea since they have not been sanctioned and have good training grounds and their players are playing in the European football teams,” Queiroz stated.

“I’m grateful from the bottom of my heart once again since we played South Korea. Please send my message to the Korean officials and fans for coming to Iran and playing us,” Queiroz said.