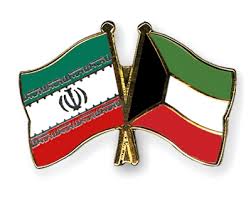 TEHRAN, Nov 17 (KUNA) — A number of Kuwaiti academics stressed here on Monday the importance of exchanging academic and cultural visits between Kuwait and Iran in order to document and strengthen the bonds of cooperation and dialogue between the two sides.

The Kuwait University academics said in statements to Kuwait News Agency (KUNA) following the conclusion of a 10-day visit to Iran that the visit aimed at strengthening bilateral academic relations between the two countries.
Associate Dean of the Faculty of Social Sciences Dr. Hamid Al-Abdullah underscored the importance of the visit as an excellent opportunity to participate with the Kuwaiti delegation, which included an academic elite of professors in various humanitarian and social disciplines at Kuwait University and meet with politicians, academics and religious figures from Iran.
Al-Abdullah added that the delegation received an invitation to visit many of the official institutions such as the Council of the Islamic Shura and the Chancellery of international relations as well as visit the cities of Mashhad and Qom.
He pointed out that the delegation also visited a number of universities and academic institutions and was eager to bolster academic cooperation with these institutions.
For his part, Dean of the Faculty of Sharia and Islamic Studies Dr. Mubarak Al-Hajri told KUNA the visit has achieved its objectives through the delegation’s visit to some universities, research and scientific center where they met with a group of scientists, professors, politicians and statesmen.
Al-Hajri said that the talks during the visit were frank, transparent and credible a matter which would benefit the peoples of the two countries.
For her part, Dean of the College of Education Dr. Najat Al-Mutawa stressed the importance of such visits in the consolidation of ties of bilateral cooperation.
She said such visits aim to strengthen those ties and open wider horizons for scientific, cultural and social cooperation.
As for professor of political sciences Dr. Hanan Al-Hajri, she underscored the importance of organizing such mutual visits for the sake of boosting academic work and cultural exchange.