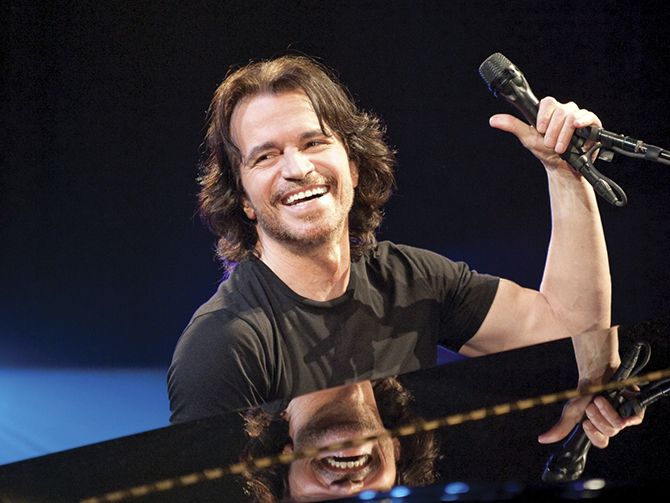 The Iranian authorities have granted rare approval to plans for a Western musician to perform in Tehran, it’s reported.

Renowned Greek pianist and composer Yanni, a naturalised US citizen, will put on shows in the capital and on the southern island of Kish in the coming months, according to an official from Iran’s Ministry of Culture and Islamic Guidance. In October, the Grammy award-winning Japanese musician Kitaro held a concert in Tehran. “We are keen to see such bands play music in our country. The recent performance by Kitaro showed that we have good audience,” the ministry’s music department director Piruz Arjomand is quoted as saying by Fars News Agency.

The decision suggests that authorities have been given more leeway to approve concerts by Western performers since President Hassan Rouhani, a religious moderate, came to office in 2013. Under former President Mahmoud Ahmadinejad, plans to hold concerts by Western artists were often thwarted by conservatives. In 2008, Chris de Burghwas due to become the first Western artist to perform in Iran since the 1979 revolution. But his scheduled appearance with Iranian pop band Arian, at a 12,000-seat stadium in Tehran, was not granted a permit.

The news of Yanni’s impending arrival has been greeted with glee from the musician’s Iranian fans. “Be happy! Be happy! Yanni is coming to Iran to have a concert,” one Twitter user writes. “Yanni is coming to Iran. He is going to hold concert in Tehran and Kish. If the gentlemen do not cancel it, of course,” says another user, referring to the possible pressure from conservatives.