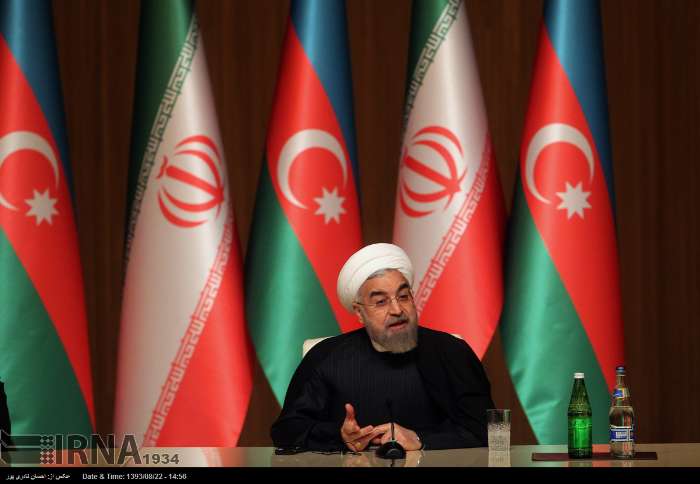 Addressing a meeting of Iran-Azerbaijan Chamber of Commerce and the two countries’ traders on Thursday, Rouhani said Western countries are not reliable for economic cooperation and relations as “they trample on the interests of the other side and their own in tough times but neighboring countries don’t”.

He further referred to the economic embargos imposed by the West on the Islamic Republic and said: “We have learned from the sanctions that (we should) give priority to the development of commercial ties with our neighbors.”

Rouhani further underlined that the Iranian nation has managed to curb the negative effects of sanctions and effectively carry out its economic programs despite all pressures.

The US and some of its allies have repeatedly charged that Iran may intend to acquire nuclear-weapons capability and over the false allegation have imposed a series of illegal unilateral sanctions on the Islamic Republic.

Iran rejects the allegation over its nuclear energy program and argues that as a signatory to the nuclear Non-Proliferation Treaty (NPT) and a member of the International Atomic Energy Agency (IAEA), it is entitled to develop nuclear technology for peaceful purposes.

Meanwhile, numerous inspections of Iran’s nuclear facilities by the IAEA have yielded no evidence that the Iranian nuclear energy program has been diverted toward non-civilian purposes.