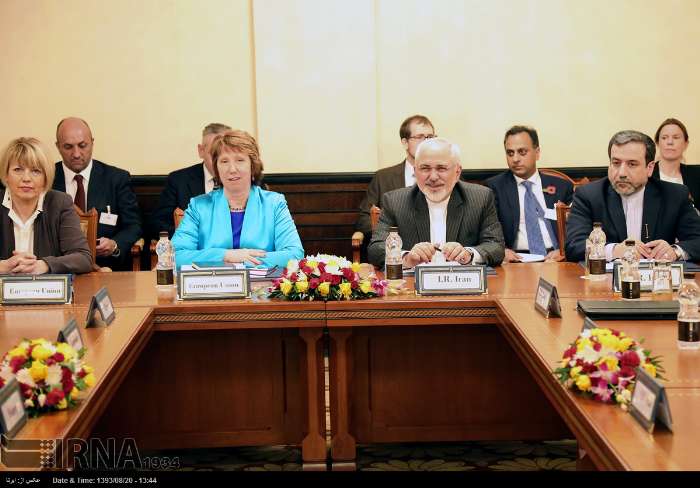 Iran daily: Is no news good news on the nuclear talks?

News about the nuclear talks between Iran and the 5+1 Powers was in limbo on Tuesday, following the Sunday-Monday discussions in Oman including Iranian Foreign Minister Mohammad Javad Zarif, US Secretary of State John Kerry, and the European Union foreign policy chief Catherine Ashton.

No details were released of the discussions. Iran’s lead negotiator, Deputy Foreign Minister Abbas Araqchi, gave the closest statement to a meaningful update: “Discussions were very useful. But we are not still in a position to say that we have made progress. It’s yet to be done in the coming days.”

On Tuesday, Zarif put out another holding statement, as political directors of the Iran and the 5+1 Powers met in Oman: “Iran is seriously after the resolution of the artificial nuclear crisis and has entered negotiation with absolute good will.”

Meanwhile, Iranian State outlet Press TV, which had been downbeat on Monday, recovered some optimism on Tuesday through the statements of foreign observers: “Nuclear Deal within reach: Oman” and “Russia ‘Optimistic’ About Nuclear Talks“.

Iran and the 5+1 Powers are scheduled to meet in a plenary session in Vienna on November 18, six days before interim arrangements over Tehran’s nuclear program expire.

3 Months After Helping Force Iraqi PM al-Maliki Out, Regime Hosts Him in Tehran

Three months after withdrawing support from embattled Iraqi Prime Minister Nuri al-Maliki — a factor in his departure from office — the Iranian regime is giving him VIP treatment in Tehran.

Al-Maliki, now one of Iraq’s Vice Presidents, has been received by senior officials such as Speaker of Parliament Ali Larijani.

On Tuesday, he had an audience with President Rouhani, who put out a statement praising the Iraqi people and army for “resistance” to the Islamic State and implicitly criticizing US-led military intervention in support of Baghdad:

Today, the regional nations are facing extremism, violence and terrorism on the one hand, and the crash in oil prices on the other, but we are hoping that together we will be able to tackle these problems….

Iran will continue its unconditional support for Iraq in combating terrorism, and we hope to soon witness the liberation of Iraq from any corrupt agents operating at the whim of some great powers only seeking to cause discord and bloodshed in the region.