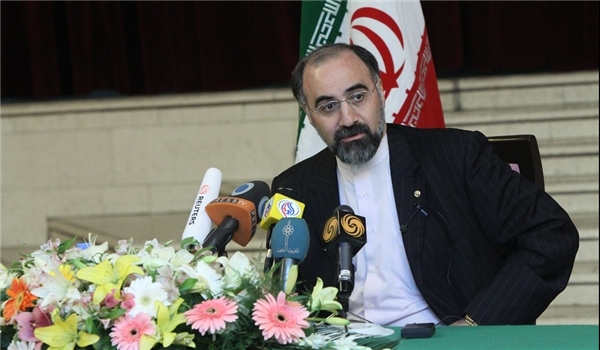 Official: Reciprocal trade visits between Iran, US on agenda

TEHRAN (FNA)- Head of the World trade Center in Tehran Mohammad Reza Sabzalipour announced that Iran and the US have plans to start reciprocal trade visits in future.

“The reciprocal visits by the Iranian and the US economic delegations are on the agenda of the World Trade Center in Tehran but not now; the relevant information will be released through the media once the grounds are prepared,” Sabzalipour said on Tuesday.

He also dismissed The Times report that Iran has held secret talks with American officials in Baku to discuss opening a US trade office in Tehran if a deal is reached over its nuclear program and sanctions are lifted, and said, “The information spread by The Times newspaper about holding secret negotiations between Iran and the US in Baku is untrue.”

“The important point is that the trade offices will be reopened in both countries one day in future, but none of these plans will be finalized before the finalization of the Geneva nuclear deal,” he added.

Meantime, Sabzalipour revealed that a delegation headed by him had visited the US during the past two years, but rejected the reports that the meetings with the American officials have been made in recent days.

The US embassy in Azerbaijan also denied information, spread by The Times newspaper about holding secret negotiations between Iran and the US in Baku.

“This story is completely untrue. There are no such trade talks involving US government officials, nor have there been. We are not currently considering opening a trade office, and we have had no conversations, and have no plans to engage in conversations, in trade talks or any talks similar to those described in this misleading news story”, the embassy said in statement in response to a request by Azerbaijan’s Trend news agency.