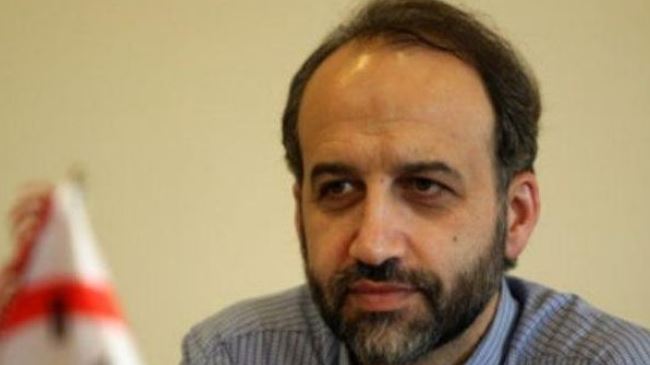 Mohammad Sarafraz has been officially inaugurated as the new president of the Islamic Republic of Iran Broadcasting (IRIB).

The inauguration ceremony was attended by Mohammad Mohammadi-Golpayegani, the chief of staff of the Leader of the Islamic Revolution Ayatollah Seyyed Ali Khamenei; Parliament Speaker Ali Larijani; a number of ministers and dozens of other officials in Tehran on Tuesday.

Sarfraz was directly appointed through a decree by the Leader on Saturday.

Addressing the inauguration ceremony, Sarafraz underlined the need for promoting the quality of IRIB productions, noting, “We are obliged to gather the elite at the IRIB and benefit from their guidance in every matter.”

Before assuming the top job, Sarafraz was the head of the IRIB’s World Service for two decades during which several foreign-language satellite channels, including Press TV, Al-Alam and Hispan TV were launched.

The English-language Press TV and Arabic-language Al-Alam channels as well as Hispan TV, which airs programs in Spanish, are alternative media outlets which have played a key role in shedding light on the dark side of international developments which are not usually covered by mainstream Western media.

iFilm was another satellite channel which went on air during Sarafraz’s tenure as the head of the IRIB’s World Service. It broadcasts Iranian soap operas, TV series and feature films dubbed into both English and Arabic.

The presidency of the IRIB was previously held by Ezzatollah Zarghami.