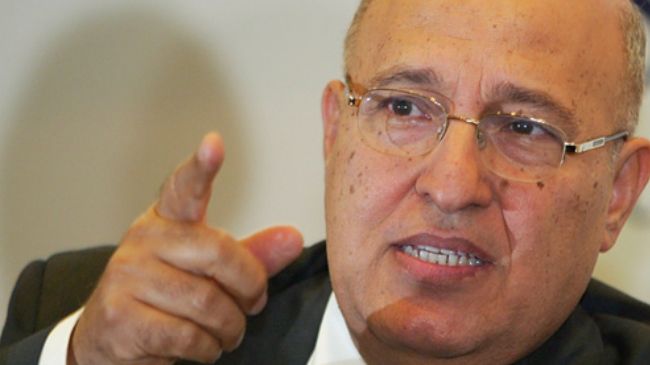 Nabil Shaath, a leader of the Palestinian Fatah movement

A senior Palestinian official has slammed a proposed bill by the Knesset to apply Israeli laws to the illegal settlements in the occupied West Bank.

“The [Palestinian] Authority completely opposes applying the Israeli law to settlements in the West Bank …” Palestinian media quoted Nabil Shaath, a leader of the Palestinian Fatah movement, as saying on Sunday.

He further pointed out that the bill is dangerous and aimed at eventually annexing the territory, adding that the Tel Aviv “is disregarding all international pressure and carries on with its occupation projects.”

Shaath said that Israel is stealing the land, water, materials, and all natural resources in the occupied West Bank.

The comments came as Israeli media reported on Sunday that a ministerial committee on legislation approved a proposed bill that would apply all laws passed by the Knesset to the illegal settlements constructed by Israel in the occupied Palestinian territories.

The Israeli newspaper Haaretz also reported that based on the proposed law, the head of the Israeli military’s central command must publish all new laws as a military regulation, so that they would apply to settlements in the West Bank.

More than half a million Israelis live in over 120 settlements built since Israel’s occupation of the Palestinian territories of the West Bank and (including) East al-Quds in 1967.

The UN and most countries regard the Israeli settlements as illegal because the territories were captured by Israel in a war in 1967 and are hence subject to the Geneva Conventions, which forbid construction on occupied lands.