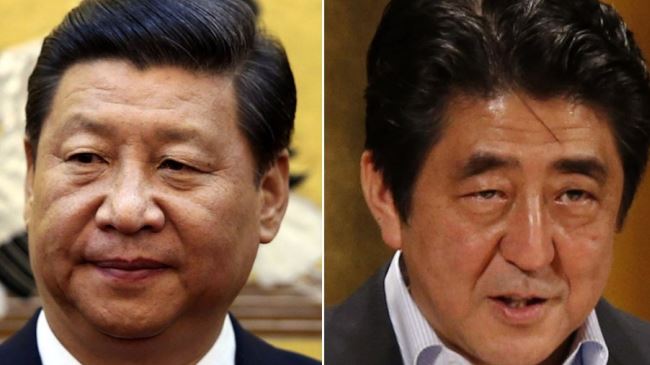 The leaders of China and Japan have held formal talks for the first time amid nearly three years of tensions between the two countries over a territorial dispute.

The Japanese premier said the talks, the first held between Abe and Xi since they took office, are a “first step” toward improving the ties between the two sides.

Following the summit, Abe told reporters he asked Xi to establish a hotline in order to prevent sea clashes near the islands.  Regular confrontations have occurred between Chinese and Japanese paramilitary vessels in the disputed area over the past.

“I asked him that we implement a maritime communication mechanism, and I think we will start working on concrete steps toward it,” Abe said.

The summit is the biggest event to be hosted by the Chinese president, who took office last March. Leaders of the countries in the Asia-Pacific region are to discuss international deals during the APEC summit.

On November 8, Chinese and Japanese foreign ministers also held formal talks for the first time since September 2012, when bilateral relations soured with a territorial dispute over a group of uninhabited yet strategically-important islands in the East China Sea, known as Diaoyu in China and Senkaku in Japan.

Tensions grew after Tokyo nationalized part of the resource-rich islands in 2012.