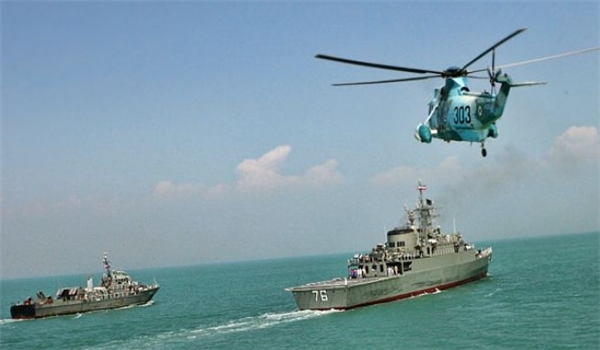 TEHRAN (FNA)- The Iranian government approved a bill to establish the Armed Forces Marine Industries Organization in a move to enhance the country’s deterrence and military power.

The ratification was approved during a cabinet meeting in Tehran on Wednesday.

The cabinet ratification is aimed at developing deterrence capabilities and providing the defensive needs of the Iranian Armed Forces to surface and subsurface vessels, Surface-Effect Ships (SES), speed boats, and dynamic power systems as well as manufacturing, supplying and optimizing equipment and weapons mainly through home-grown and indigenized technologies, and conducting operational tests and providing logistic services based on new standards.

“We can design 500-ton submarines from top to toe and we are moving towards new propulsion systems to decrease the noise and increase their durability in water,” Dehqan said, addressing a ceremony to unveil two new home-made cruise missiles and two new drones in Tehran participated by President Hassan Rouhani and other senior officials.

There are three classes of submarines, Head of the Navy’s Research and Self-Sufficiency Jihad Office General Ali Gholamzadeh said, adding that Iran had attained self-sufficiency in building “light” submarines.

Also in September, Gholamzadeh announced the country’s plans to launch Fateh submarines and different Mowj Class destroyers in the near future.

“We will soon launch the Fateh class submarines and the second, third, fourth and fifth version of Mowj class destroyers, and one of them will be unveiled this year,” he said in a press conference in Tehran.

He also announced that the construction of Fateh, a semi-heavy submarine with abundant possibilities, had ended, and the vessel is now under tests.

Iranian Navy Commander Rear Admiral Habibollah Sayyari announced in August that the country had gained the capability to launch production line of destroyers, and also announced plans to launch a new submarine in the near future.

Sayyari also said that Iran would launch its new submarine, Fateh, on the Navy Day (November 28).

Sayyari in July announced the Iranian Navy’s plans to launch one of its advanced home-made destroyers, named Damavand, in the country’s territorial waters in the near future.

“Destroyer Damavand will join the Islamic Republic of Iran’s Navy in the near future,” Sayyari told FNA.