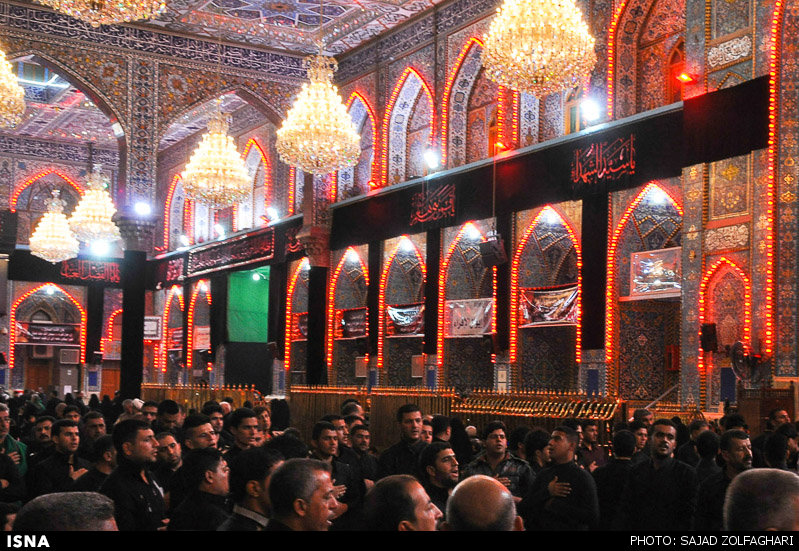 Millions of pilgrims in Karbala to commemorate Ashura

TEHRAN (Tasnim) – Millions of Shiite pilgrims have gathered in the holy city of Karbala, Iraq, to commemorate the martyrdom of Imam Hussein (AS), the grandson of Prophet Mohammad (PBUH).

As well as Iraqis, thousands of Shiite pilgrims from different countries including Iran, Lebanon, Pakistan and India have flocked to Karbala to mark the day of Ashura- the tenth day on the Islamic lunar calendar.

The city of Karbala, 80 km southwest of the Iraqi capital, Baghdad, houses the shrine of Imam Hussein (AS) and his companions who were martyred in the Battle of Karbala in the year 680 A.D.

Meanwhile, Iraq’s government has deployed extra security and intelligence members to Karbala to provide security for the pilgrims.

Last week, governor of Karbala province said he expected a rise in the number of this year’s pilgrims who travel to the holy city to perform mourning rituals, relating it to the recent successful military operations conducted by the Iraqi security forces against militants.

Aqil al-Turaihi said the Iraqi forces’ success in regaining control of Jurf al-Sakhar near Baghdad from the Islamic State in Iraq and the Levant (ISIL) terrorist group and cleansing the area of militants would encourage a larger number of people to travel to Karbala this year for mourning ceremonies.

Turaihi also unveiled plans to ensure security in the holy city and offer better services to the pilgrims.

“This year, we have employed popular forces to provide security of the ceremonies,” he added.

The annual commemoration is held in different regions of the world during various mourning rituals on the day of Ashura (which falls on Tuesday, November 4, this year).

Ashura symbolizes the eternal struggle of truth against falsehood and the battle against injustice and cruelty realized by Imam Hussein as he offered supreme sacrifice to uphold the principles against tyranny.