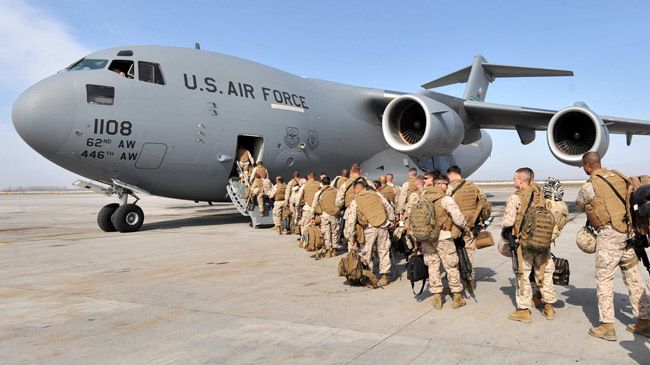 US to send ‘military advisers’ to Anbar

The US military plans to deploy what it calls advisers to the Iraqi province of Anbar in order to assist the Iraqi security forces in their fight against the ISIL.

According to Col. Edward Thomas, spokesman for the chairman of the Joint Chiefs of Staff, dispatching military experts to Iraq should not be regarded as a shift in US mission and that the plan is still “under development”.

“To be clear, this is not a change in mission nor is it a combat role, as they will be operating in the same advisory role as the other locations,” Thomas told CNN.

According to reports, the troops are drawn from US Special Operations Forces (SOF), but US officials are calling them military advisers.

Thomas noted that Washington “from the beginning” said it would increase such support to Iraq if “they act in a manner that was representative of the security interests of all Iraqis”.

The province of Anbar is currently being dominated by ISIL terrorists and the US move would put American troops in the most violent region.

On Thursday, Gen. Martin Dempsey, the Joint Chiefs chairman, signaled the prospect of sending military advisers but added that Baghdad has not asked for such support yet.

“That’s why we need to expand the train-advise-and-assist mission into the Al- Anbar Province,” Dempsey said. “But the precondition for that is that the government of Iraq is willing to arm the tribes.”

The ISIL militants have been committing terrible atrocities in Iraq and Syria, including mass executions and beheading of local residents as well as foreign nationals.

On Thursday, the bodies of at least 220 men from the Albu Nimr tribe in Anbar Province, who had been seized by the ISIL days earlier, were found in two mass graves.

Iraqi army soldiers have been fighting the ISIL terrorists for nearly six months now. The troops have pledged to make more gains in their battle against the extremist group, which has large swathes of land under control in Iraq and Syria.