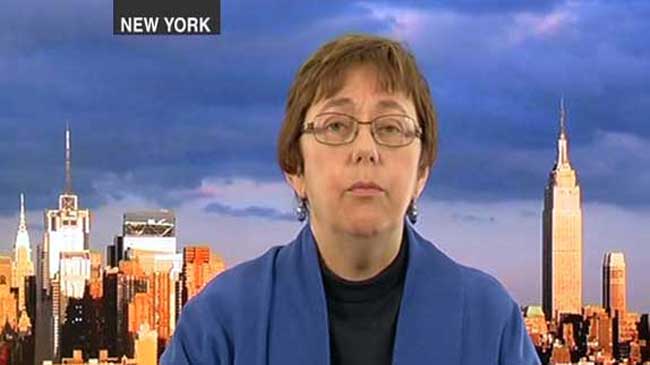 American activist Sara Flounders says there are certain elements in the US military and corporate sector who are against Washington’s efforts to resolve the nuclear issue with Iran.

Flounders, co-director at the US-based International Action Center, made the remarks in an interview with Press TV on Saturday.

She was commenting on a leaked statement by a senior White House official in which he said that one of President Barack Obama’s top priorities in his second term in office is to strike a nuclear deal with Iran.

“Certainly, if there was such an agreement – such a deal – it would be a huge accomplishment for Iran. The real question is: Is the US willing to lift, to end, the sanctions imposed on Iran? Because this was never about Iran’s right to develop nuclear energy; it has that right according to international law,” Flounders said.

“The US was using this as an excuse, an attempt to isolate Iran. So if the sanctions are lifted that would be a very big accomplishment,” she added.

White House Deputy National Security Advisor Ben Rhodes told progressive activists earlier this year that reaching a nuclear agreement with Iran would probably be the biggest foreign policy achievement of the US president in his second term, the Washington Free Beacon reported on Friday.

Flounders said that “I do hope it’s real. I know that there are important forces in US political power that [is] military power, corporate power, who are against such a deal and want to continue the sanctions. So we should be hopeful that such an agreement can be reached, and that it’s real; that the sanctions are ended.”

Iran and the P5+1 group — Russia, China, France, Britain, the US and Germany – are negotiating to narrow their differences over the Islamic Republic’s nuclear energy program ahead of a November 24 deadline.

Last November, the two sides clinched an interim nuclear accord, which took effect on January 20 and expired six months later. However, both parties agreed to extend their talks until November 24 as they remained divided on a number of key issues.

“I think certainly many forces will try to get into the way of this deal. So we can only hope. I think the demand around the world has to be for ending the sanctions. And a lot will depend also on the others involved in these talks; [on] whether they put any pressure on the US to end the sanctions,” Flounders noted.

Elsewhere in her remarks, the international peace activist said, “It’s always good to be hopeful and continue, but I would find it surprising that the sanctions on Iran end.”

“But it’s very important thing to press forward, and at the same time to defend Iran’s right to develop nuclear energy,” she concluded.

Sources close to the Iranian negotiating team say the main stumbling block to resolving Western disputes over Iran’s nuclear issue is the removal of sanctions, not the number of centrifuges or the level of uranium enrichment.

In July, the US representative in nuclear talks, Undersecretary of State Wendy Sherman, testified that the White House would consult with Congress but did not need its approval to suspend sanctions against Iran.