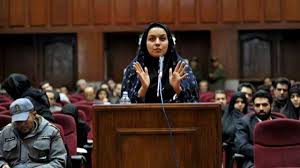 Iranian Human Rights Commissioner Mohammad Javad Larijani named Western media campaigns as one of the chief reasons that the Iranian judiciary failed to obtain consent from the family of the victim in the Reyhaneh Jabbari case.

Larijani, who is in Geneva to attend the Human Rights Council Universal Periodic Review, told CNN on October 30 that Reyhaneh Jabbari’s case was investigated for seven years. The case was brought before several judges who were never convinced by her claim of self defence.

“All the judges that sat on her case in the past seven years have ruled that she has committed premeditated murder and her claims of self defence were not convincing,” Larijani said.

Jabbari was arrested at the age of 19 for the murder of Morteza Abdolali Sarbandi. She was hanged last Saturday after a series of mediation sessions with the family of the victim failed to yield a consent from the deceased’s kin to forego their right to Qesas and release her from execution.