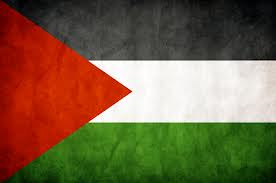 Palestinian President Mahmoud Abbas has praised a decision by Sweden to officially recognize Palestine as an independent state.

The spokesman said that Abbas termed the decision by the Swedish government as “brave and historic”.

“All countries of the world that are still hesitant to recognize our right to an independent Palestinian state based on 1967 borders, with east Jerusalem (East al-Quds) as its capital, [should] follow Sweden’s lead,” Abu Rudeina quoted Abbas as saying.

Earlier in the day, the Swedish government declared that it recognizes Palestine as an independent state amid fury from the Israeli regime over the move.

“Today, the government takes the decision to recognize the state of Palestine,” Foreign Minister Margot Wallstrom said in a statement, adding, “It is an important step that confirms the Palestinians’ right to self-determination.”

Following the decision by Sweden, Israel summoned the Swedish ambassador to protest at the move.

Sweden became the first major European country to officially recognize the state of Palestine, joining 130 other nations, including Hungary, Poland and Slovakia, that had already made a similar decision.

The observer state status grants Palestinians access to UN agencies and the International Criminal Court (ICC), where they can file formal complaints against the Israeli regime.

Palestinians are seeking to create an independent state on the territories of the West Bank, East al-Quds, and the Gaza Strip and are demanding that Israel withdraw from the occupied Palestinian territories.