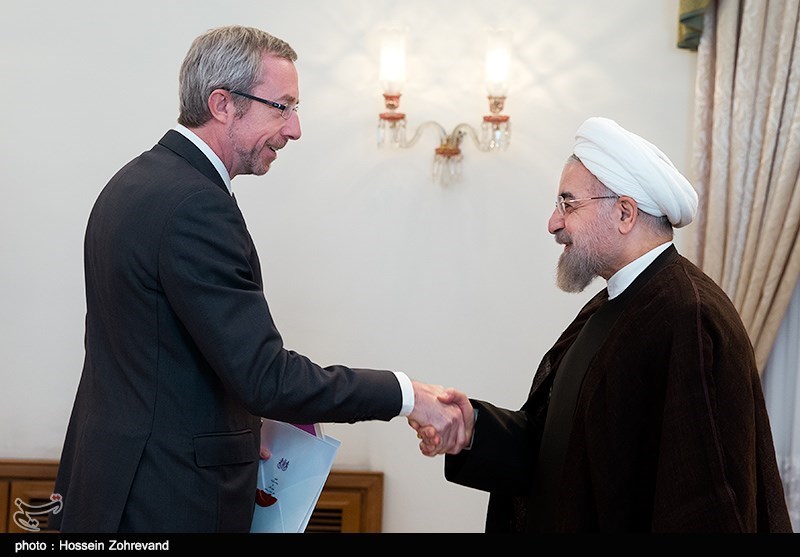 He made the remarks when he received the credentials of the new Belgian Ambassador to Tehran Francois del Marmol.

The President hoped a final broad nuclear agreement would result in expansion of cooperation between Iran and the EU members.

He referred to the religious verdict issued by the Iranian Supreme Leader banning use and stockpiling nuclear arms and said it is the best guarantee the peaceful nature of Iran’s nuclear program.

The President further noted that an agreement would be well reached in the period remaining to the deadline if there were political will to do so.

Turning to the critical situation in the Middle East and the current security flaws, he said terrorism and extremism are more dangerous than such diseases as Ebola.

The President said that he believes the regional governments must develop coordination and cooperation to fight terrorism and extremism.

President Rouhani said that the Islamic Republic of iran is willing to develop friendly ties with the outside world.