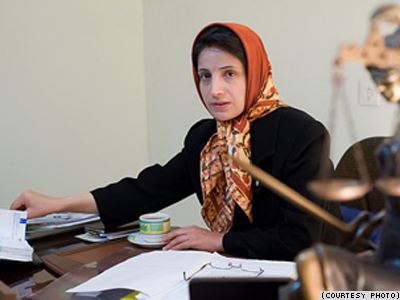 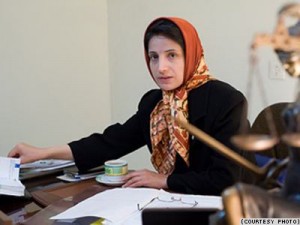 (Reuters) – Iranian security forces have released leading human rights advocate Nasrin Sotoudeh, who was detained after leading a protest against what she called unfair legal practices in the Islamic Republic, she said on Sunday.

The lawyer and activist was picked up along with several friends on Saturday on their way back from a sit-in outside Tehran’s Bar Association in Tehran. They were freed after a brief background check, leaving only Sotoudeh in custody.

“I was held for seven hours and then set free,” she told Reuters by telephone from Tehran.

“There were two men from the intelligence ministry, meeting me separately. I told them I wouldn’t answer any question because they had no court order.”

The 51-year-old Sotoudeh came to prominence after her arrest in 2010 during a government crackdown on protests against ex-president Mahmoud Ahmadinejad’s disputed reelection.

Found guilty on charges of conspiracy against state security, she was sentenced to six years in prison and a three-year ban on practicing law.

She staged a 50-day hunger strike in jail to protest against a travel ban on her daughter drew international attention and pressure to secure her freedom. She was finally freed in September 2013 on the eve of a visit to the United Nations by Iran’s newly elected reformist president, Hassan Rouhani.

Sotoudeh said on Sunday that her latest campaign was partly to get the ban on her practicing law lifted, but mainly to press for more openness and freedom.

“They (interrogators) said what they had to say, now threatening, now trying to negotiate,” she said.

“I, too, raised my own demands – the right to work, the right of dissidents’ to fair trial, independence for Bar Association. They finally promised to raise my concerns with the authorities.”

Some lawyers have voice concern about efforts by the conservative-dominated judiciary and parliament to compromise the independence of Bar Associations, which could in turn serve to restrict social and political freedoms.

Sotoudeh said last week she would continue her campaign until a “semblance of autonomy” was restored to the bar associations.