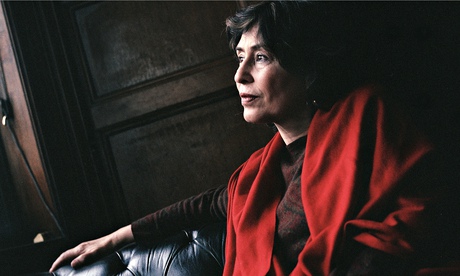 Azar Nafisi: ‘Books are representative of the most democratic way of living’

Azar Nafisi, 58, is an Iranian writer and professor of English literature. She lives in Washington DC and became an American citizen in 2008. In 1995 she quit her job as a university lecturer in Tehran and taught a small group of students at home, discussing works considered controversial in Iran at the time, such as Lolita and Madame Bovary. Her 2003 book based on this experience, Reading Lolita in Tehran, was on the New York Times bestseller list for 117 weeks and won a string of literary awards. Nafisi’s latest non-fiction book, The Republic of Imagination (Viking), is described as “a passionate tribute to literature’s place in a free and enlightened society”.

Were you surprised by the success of Reading Lolita in Tehran?

I thought if it sold 9,000 copies that would be great. [It sold more than 1.5m.] Even friends and colleagues discouraged me: “People are focused on [the US invasion of] Iraq and you are writing about these dead writers that no one cares about?” But you write because you want to write. I wanted to talk about a time when I found myself voiceless and I found my voice and my connection to people through books.