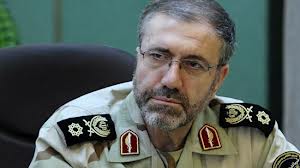 Rash of acid-throwing incidents attributed to one man

The deputy head of Iran’s Security forces says investigations regarding the incidents of acid throwing in Isfahan have revealed that the crimes were committed by a single individual and not by an organized group.

IRNA quotes Hossein Zolfaghari saying: “The information we have gathered points toward actions by a single individual [and] as investigations progress, we will find out if there were any abettors.”

He added that news of similar acts in other cities was merely rumour and not true.

The office of the deputy commander in chief of police announced that the perpetrator of the acid-throwing incidents in Isfahan has been identified and those attacks were in no way linked to the issue of hijab.

Mahmoud Alizadeh reported that the individual has not yet been arrested, adding that despite the culprit’s precautions, he soon will be arrested.