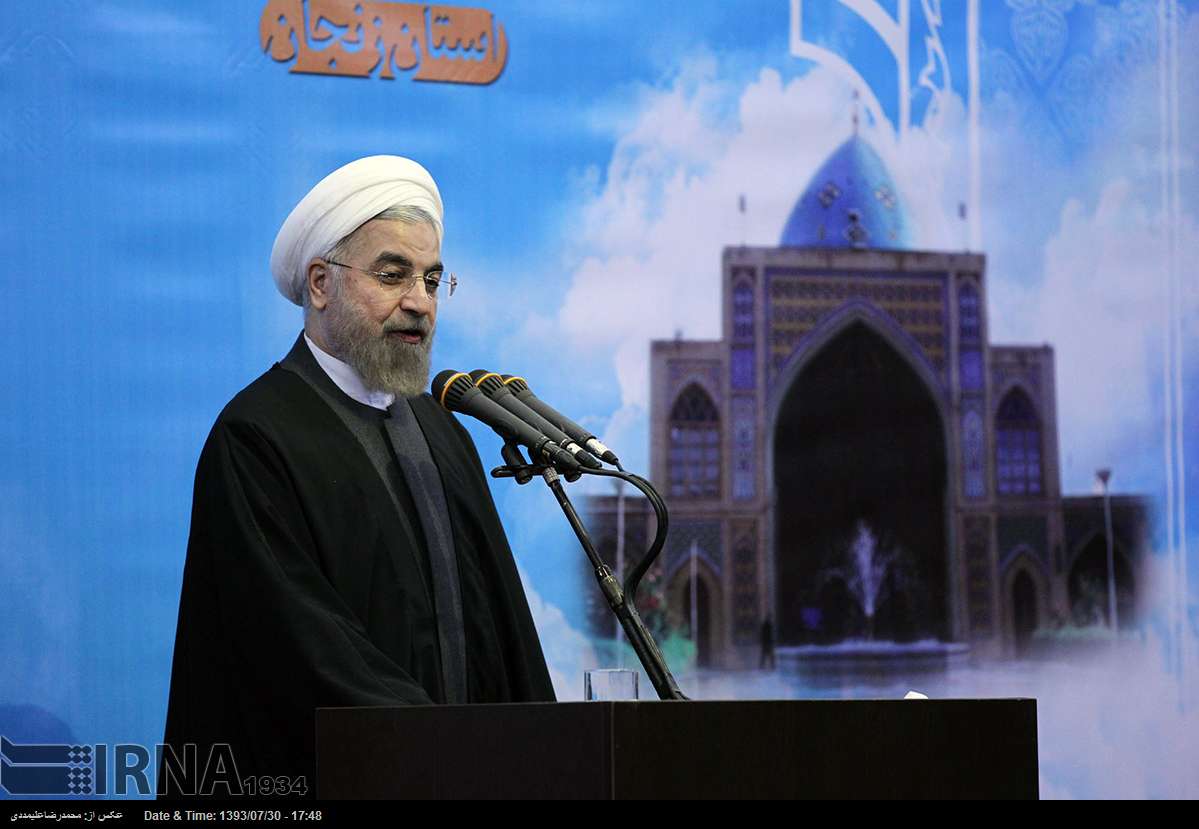 Zanjan, Oct 22, IRNA – President Hassan Rouhani said on Wednesday that the country is now experiencing a stable situation and the problems of foreign diplomacy will be resolved through negotiations.

The country’s status in terms of economy and security is very satisfactory, said President Rouhani.

President Rouhani made the remarks in a meeting with investors and businessmen of Zanjan province on his 9th provincial tours.

The economy will develop under a stable and safe situation, he said.

The government is determined to do its best to reduce inflation rate to a single digit next year, he said.

Iran’s status in terms of security and stability is very satisfactory compared to other countries of the region and the country’s foreign problems will be solved through negotiations.

He also called for closer cooperation between the state-run organizations and the private sector which he said would expedite the country’s march towards development, he said.