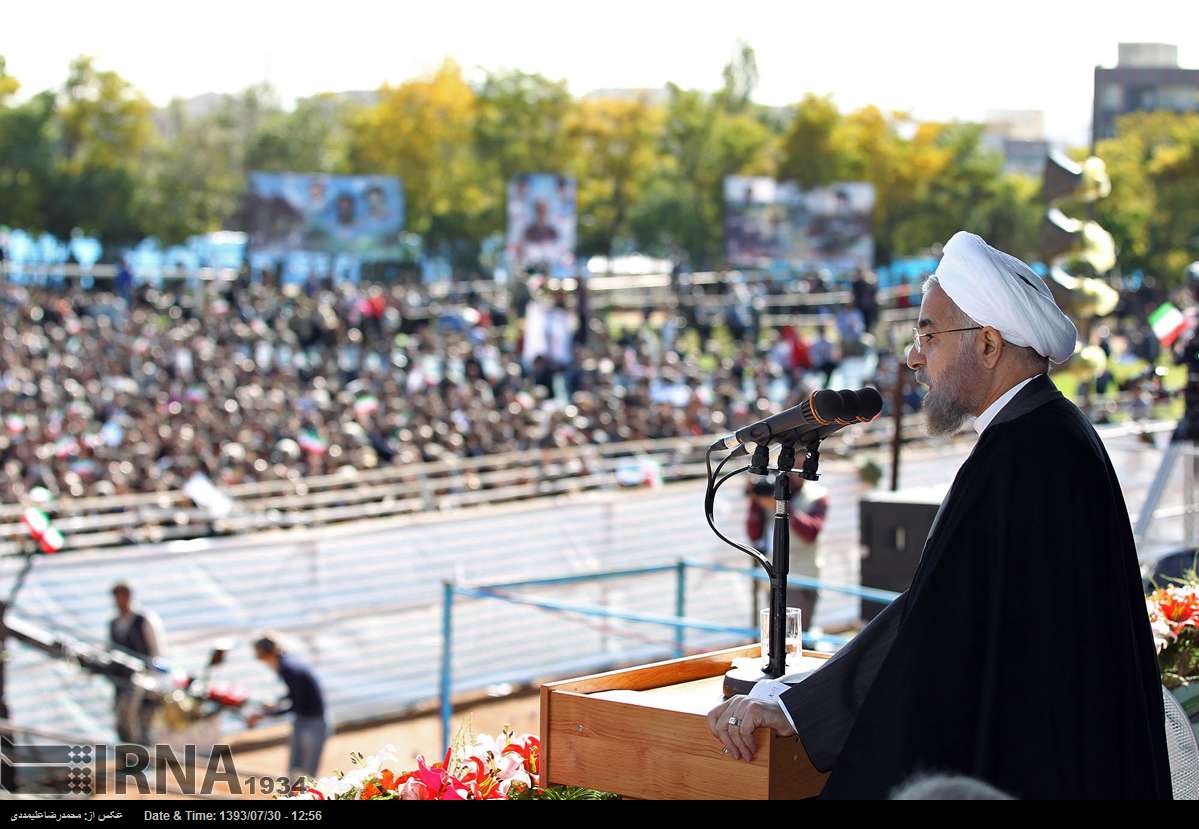 Zanjan, Oct 22, IRNA – President Hassan Rouhani addressed the gathering of local people in the city of Zanjan in northwestern country on Wednesday.

He delivered a speech to the public, mainly focusing on issues of ethics and moral standards in the society.

He referred to Iranian women as modest and chaste Muslims who observe their hijab.

He said no single person or group is to assume themselves as the guardian of morality in the country.

Noting that ‘enjoining good and forbidding wrong’ is a collective duty according to both Holy Quran and the Constitution, he said no person or party should personalize this task and act on their own.

He said Islam states that no particular group is in charge of advocating good and forbidding the evil.

Rather, the President added, community as a whole is in charge of responsibility of enjoining good and forbidding wrong.