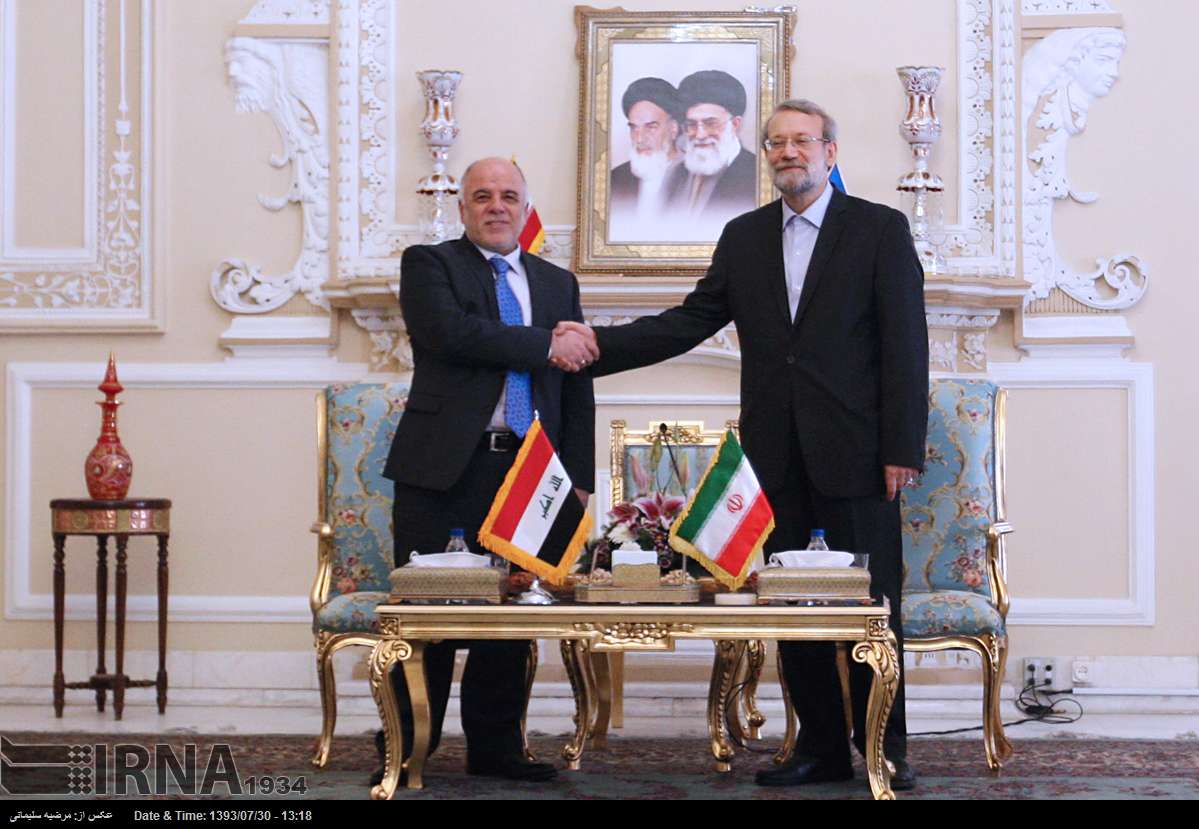 Larijani made the remarks in a meeting with Iraqi Prime Minister Haidar al-Abadi.

The Speaker said that the Islamic Republic of Iran would help the Iraqi government and nation to thwart menaces of terrorism and that any danger which would put stability and security of the country at risk.

Larijani expressed concern about escalation of terrorist activities is the Middle East and said that at a time when global powers and their regional allies were main supporters of terrorist groups in the past years, the Islamic republic of Iran regards their claim of campaign against terrorism with suspicion.

The Speaker expressed pleasure with growing relations between Iran and Iraq in various domains, especially economic cooperation, and said Iran and Iraq enjoy exceptional capacity for expansion of industrial and commercial cooperation to serve progress and welfare of the two nations.

He said benefiting from Iran’s economic, industries and scientific potentials can contribute to economic development of the Iraqi nation.

The Iraqi Prime Minister for his part thanked Iran for helping restoration of stability and tranquility in Iraq and said Iran’s support in fight against terrorist groups, especially in the beginning of current crisis, was very effective.

He stressed that Iran’s role in helping Iraq under sensitive and hard conditions in the past years was praiseworthy.

He thanked the Iranian government for encouraging diffrent Iraqi political parties to foster national unity and tranquility in Iraq.

Citing the international coalition working with the Iraqi government in campaign against Daesh, the Iraqi prime minister made clear that any action on part of the coalition against Daesh should not undermine Iraqi national sovereignty and territorial integrity.