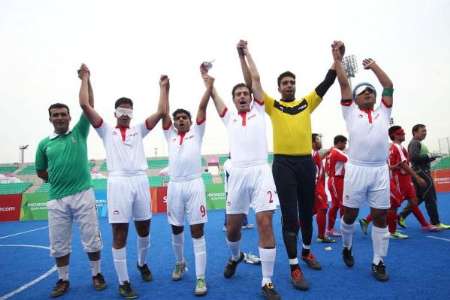 Incheon, Oct 22, IRNA – The Iranian football team managed to defeat Japan on the forth day of the 2014 Asian Para Games at Incheon, South Korea, Wednesday.

The Iranian athletes managed to snatch nine gold medals on the third day of the 2014 Asian Para Games on Tuesday.

The number of Iranian medals reached the total of 51 on the third day.

About 4,500 athletes from 41 countries are competing in this round of the tourney also known as the Second Asian Para Games.

In this round, 203 Iranian athletes are competing in 16 fields.