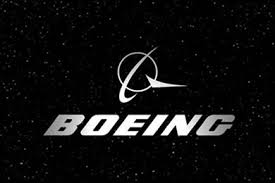 (Reuters) – Boeing said on Wednesday it had sold aircraft-related goods to Iran Air in the third quarter, marking the first acknowledged dealings between U.S. aerospace companies and Iran since the 1979 U.S. hostage crisis.

The Chicago-based aerospace and defense company said in a filing that it sold aircraft manuals, drawings, navigation charts and data to Iran Air to help improve the safety of Iran’s civil aviation industry.

The sales did not include spare parts for aircraft, which were thought to be likely since Iran Air’s fleet of planes includes vintage Boeing and Airbus jetliners delivered as long ago as 1978.

Boeing and General Electric (GE.N) said in April that they had received export licenses from the U.S. Office of Foreign Assets Control allowing them to sell parts for commercial aircraft to Iran under a temporary sanctions relief deal that began in January.

Boeing said it may sell parts in the future but declined further comment. The sales generated about $120,000 in revenue and about $12,000 in net profit in the quarter, miniscule amounts for a company that reported $23.7 billion in sales in the latest quarter.

Iran agreed in November 2013 to curtail nuclear activities for six months from Jan. 20, 2014, in exchange for sanctions relief from Britain, China, France, Germany, Russia and the United States.