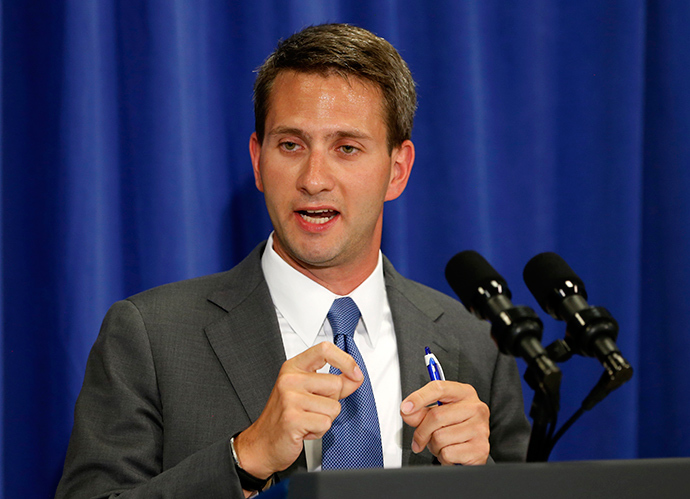 WASHINGTON, October 21 (RIA Novosti) – The US administration has no plans to lift sanctions against Iran without the approval of Congress, White House spokesperson Eric Schultz told reporters on Tuesday.

“If we do get a comprehensive arrangement [on the Iranian nuclear issue], it is absolutely true that the sanctions regime we have in place cannot be undone without congressional action,” Schultz said.

The lifting of sanctions by the United States in case negotiations on the nuclear program are successful, could be problematic for the administration, as it would require the consent of Congress. In this case, the White House will have to convince the Congress while many of its members are opposed to the lifting of sanctions.

At a meeting in November 2013 in Geneva, Iran and the P5+1 group, comprising Russia, China, France, the United States, the United Kingdom and Germany, agreed to reach a long-term nuclear agreement on Iran by July 2014 but the deadline was later postponed to November 24, 2014.