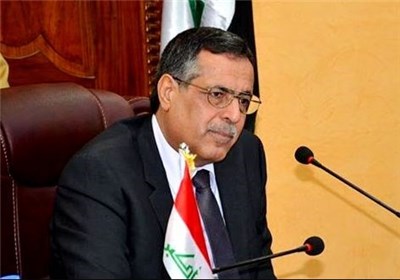 TEHRAN (Tasnim) – Iraqi Minister of Electricity Qasim Mohammad Abid Hammadi al-Fahadawi will travel to Tehran on Tuesday to hold talks with his Iranian counterpart Hamid Chitchian over the issue of electricity imports from Iran.

The two sides are also expected to discuss the capacities of exporting technical and engineering services from Iran to Iraq. Expansion of economic ties between Tehran and Baghdad as well as implementation of previously agreed measures are also among the issues to be discussed in the meeting between Fahadawi and Chitchian.

Back in 2013, the two sides agreed to increase electricity exports from Iran to Iraq by 500 megawatts.

Iranian companies have so far completed 10 projects in Iraq in the area of water and electricity and another 27 projects of the companies valued at $1.245 billion are still underway in the country.

Earlier in February, Chitchian had announced that Iran’s power exports to Iraq witnessed an eye-catching growth during the last Iranian year (starting on March 21, 2013).

Iran currently exports electricity to Iraq, Turkey, Pakistan and Afghanistan on a daily basis. It has also launched new projects to boost the country’s power exports in future.