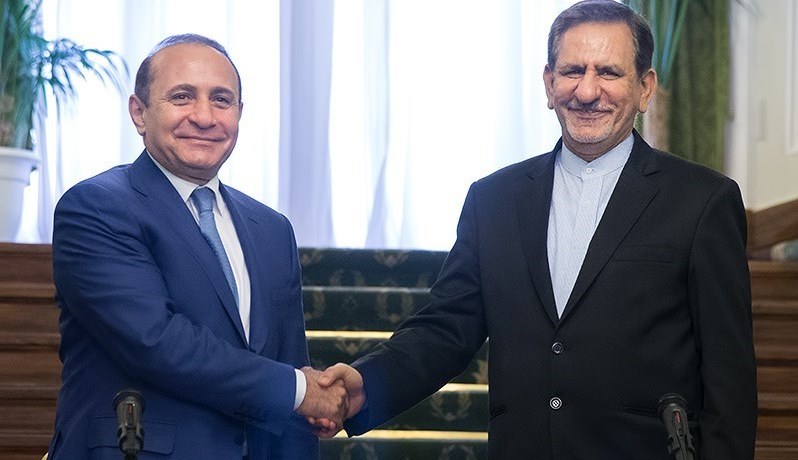 “We have agreed to launch the third power transmission line and also build hydroelectric power plants for Armenia,” Jahangiri said in a joint press conference with visiting Armenian Prime Minister Hovik Abrahamyan in Tehran on Monday.

He pointed to exchanges between Iran and Armenia in different areas, and said, “The value of exchanges between the two countries is around $300 million; we export gas to Armenia and import electricity from that country, but there are other goods for exchange purposes as well.”

Jahangiri noted that the two sides have also agreed to launch joint commissions to help widen the ties and exchanges.

Also speaking in the same press conference, the Armenian prime minister pointed to the need for setting up a joint commission, and said, “We have a lot of work to do to develop and complete the joint projects of the two countries.”

The Armenian prime minister arrived in Tehran on Monday morning to meet with senior Iranian officials.

Abrahamyan’s visit takes place at the invitation of the Iranian first vice-president.