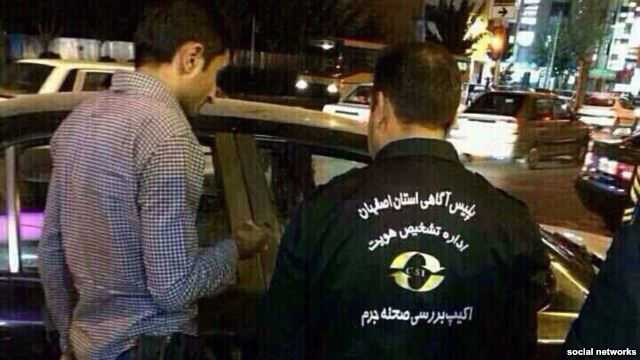 Police investigators next to a car splashed with acid that was reportedly thrown at a woman in the central Iranian city of Isfahan.

Iranian officials said they are investigating a series of acid attacks on women that occurred in the historic city of Isfahan in recent days.

He said suspects have been arrested and a probe is ongoing, but he gave no further details.

Some social network users in the country wrote that there had been up to 13 acid attacks against female drivers who allegedly were targeted for not being properly veiled.

Hojatolislam Mohammad Taghi Rahbar, a senior cleric in Isfahan, has condemned the attacks, saying that “such an act under any pretext is reprehensible.”

Under Islamic law in Iran, women must cover their hair and wear loose-fitting clothes.