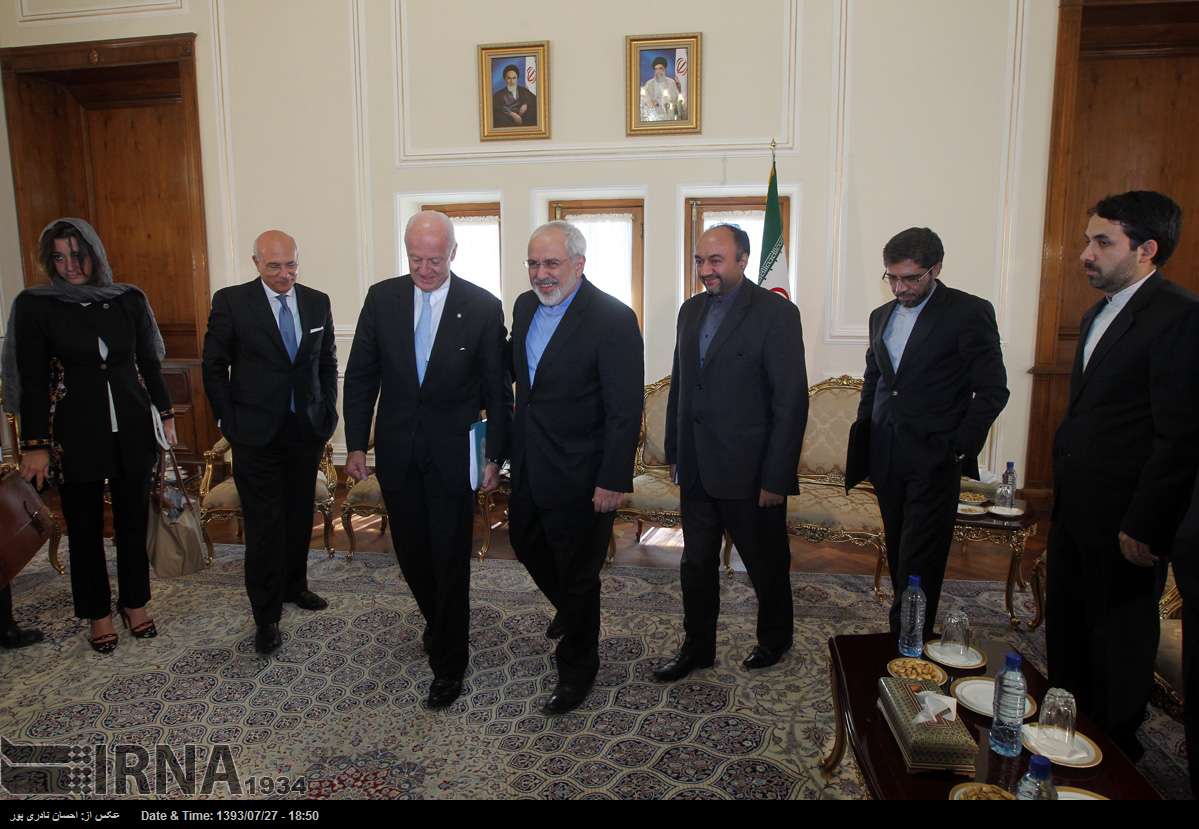 Tehran, Oct 19, IRNA – Foreign Minister Mohammad Javad Zarif said on Sunday that the Syrian crisis should be resolved through diplomatic means and realities in the country’s political scenes should be fully observed.

Zarif made the remarks in a meeting with the Representative of the UN secretary general on Syria Staffan de Mistura.

The two officials reviewed the latest developments in the region and in Syria in particular.

Zarif and Mistura discussed the threat of Daesh Takfiri terrorist group and expansion of extremism and terrorism in the region and underlined the significant role of main role players in the region and the entire world to reach a tangible political means in line with existing realities in Syria.

Zarif expressed hope that the representative of the UN secretary general to Syria be quite successful to usher in a diplomatic settlement to the crisis.

During his stay in Iran, the UN envoy is to confer with Iranian officials to study avenues to put an end to the Syrian crisis.