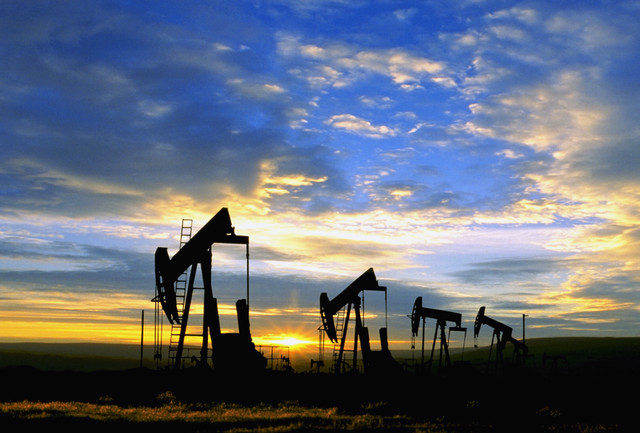 A drop in global oil prices, driven in part by a boom in U.S. shale oil production, is threatening to hit the economies of energy-exporting Russia and Iran harder than Western economic sanctions have done.

Prices have fallen about 20% on world markets since June because of an increase in oil production and an economic slowdown in Asia and Europe. If that continues, as many analysts expect, gasoline may sell below $3 a gallon at the pump in much of the United States.

The decline is bringing growing political and economic pressure on Russian President Vladimir Putin. Moscow has been socked this year by U.S. and European Union sanctions over Russia’s annexation of Ukraine’s Crimea region and its operations in eastern Ukraine.

Putin has promised a level of stability in the oligarch system, and all this does not reflect well on him. This is contributing to a sense of unease.- Eugene Rumer, a Russia specialist
It is also a harsh blow to Iranian President Hassan Rouhani, who campaigned on a promise to improve his nation’s stagnating economy despite Western sanctions. The latest pressure is also weakening Iran’s hand in international negotiations over Tehran’s disputed nuclear program.

The oil glut “is very bad news for them,” said Djavad Salehi-Isfahani, an economist and Iran specialist at Virginia Tech University.

Some analysts believe the price slide could be a long-term trend as more of the world adopts technologies that use less petroleum, such as electric cars and more efficient heating systems. Another factor is the growing reliance on hydraulic fracturing of shale, known as fracking, which has sharply boosted energy production in the United States, Canada and other countries.

The price of oil is crucial to Russia, one of the world’s top energy exporters.

A two-thirds plunge in oil prices in the mid-1980s battered the government of the Soviet Union and contributed to its collapse in 1991. A fragile period of democracy was followed by the rise of Putin’s more autocratic Russia in the late 2000s, powered in large part by the rise in energy prices.

This year, the price slide comes at a time when Europe and the United States have been penalizing Russian banks, defense firms and energy companies over Moscow’s role in the Ukraine crisis. Russia’s currency has fallen to an all-time low against the dollar, and its energy-based economy could tip into recession, some economists say.

The economic pressure isn’t expected to change Putin’s aggressive efforts to retain strong influence over Ukraine, which he considers nonnegotiable. But they are causing strains in his relations with the Russian elite and business establishment, two pillars of his political support.

Russian banks have turned to Putin for financing to offset the Western sanctions, which bar them from borrowing in the West. But with oil sales accounting for half of his government’s revenue, Putin has limited ability to provide that cash.

“Putin has promised a level of stability in the oligarch system, and all this does not reflect well on him,” said Eugene Rumer, a Russia specialist at the Carnegie Endowment for International Peace in Washington. “This is contributing to a sense of unease.”

Whereas this year’s sanctions will take time to achieve their full effect, the oil price slide “is more of a concern now,” Rumer said.

Russia’s finance minister announced last week that the Kremlin can’t afford a $720-billion, 10-year defense modernization plan, which was a priority for Putin, and will have to make do with less.

Iran’s economy, weakened by years of mismanagement and Western sanctions, has enjoyed something of a resurgence in recent months. Rouhani’s economic aides have found ways to sell more petroleum products despite the sanctions, and an interim nuclear deal signed with world powers in November allows some increase in economic activity.

Auto production, for example, has increased by 90%, noted Salehi-Isfahani. The International Monetary Fund says Iran’s economy will grow 1.5% this year and 2.3% next year.

But Iran, like Russia, needs an oil price of more than $100 a barrel to balance its budget, experts say. And the benchmark Brent crude price is below $85 a barrel.

Salehi-Isfahani said the Iranian government had other ways to make up for that lost revenue, but they would come at a political price. It could, for example, ratchet up prices for oil in Iran, in effect charging Iran’s middle class for government programs that largely benefit the poor.

The new economic strain also undercuts Tehran’s strategy for dealing with world powers in talks over Iran’s nuclear program. Iran’s economic resurgence had enabled Iranian officials to claim they could get by even if the talks collapsed without providing further relief from tough international sanctions.

“Now it’s not so clear they will have that breathing space,” said Salehi-Isfahani. “So the declining price of oil must be a worrisome prospect.”

At the moment, he said, the pressure on Iran from sanctions is more painful than from falling oil prices because they isolate Iran from Western products and financing. But over the long term, Iran could adjust to the sanctions by building trading relationships with Asian countries such as China and India.

“Over the long term, the oil price is the more important,” he said. “If you don’t have the oil revenues, the Indians and Chinese won’t sell you anything.”