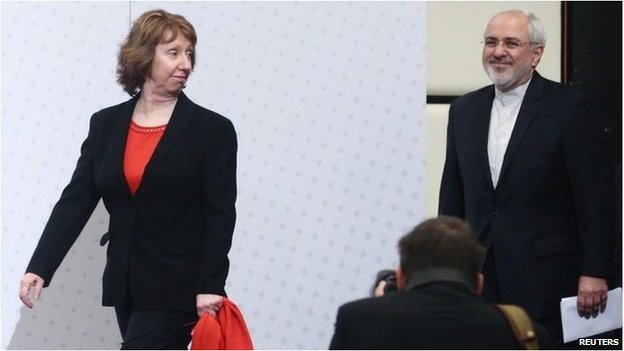 Iran’s Foreign Minister Mohammad Javad Zarif, Ashton and US Secretary of State John Kerry are scheduled to hold a trilateral meeting in Vienna on Wednesday.

They will discuss the progress of the ongoing nuclear negotiations between Tehran and the group 5+1 (the five permanent UN Security Council members plus Germany).

The three sides will try to explore avenues for the achievement of an ultimate deal on Tehran’s civilian nuclear activities.

Meanwhile a Russian foreign ministry official has confirmed that Ashton and Zarif will meet with the G5+1 negotiators in Vienna on Thursday.

“Negotiators from all six powers in the P5+1 group will on Thursday meet with Iranian representatives for fresh nuclear talks being held in Vienna,” Russia’s deputy foreign minister said.

“It has been agreed to hold what can be called a mini-round of negotiations on October 16,” Sergei Ryabkov told Russia’s Interfax news agency on Tuesday.