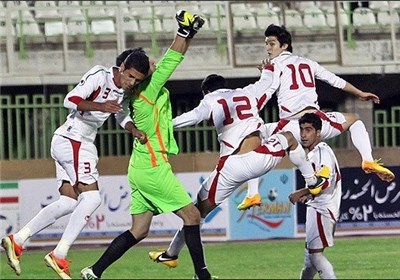 Iran out of AFC U-19 championship

TEHRAN (Tasnim) – Iran suffered an early exit from the 2014 AFC U-19 Championship after loss to Yemen.

The Iranian football team lost to Yemen 1-0 on Saturday in Group A at the Thuwunna Stadium in Yangon, Myanmar.

Ali Doustimehr’s team had lost to Thailand 2-1 in its opening.

There are 16 teams divided into four groups of four teams with the top two teams from all groups qualifying for the knockout stages.

The top four teams will qualify for the 2015 FIFA U-20 World Cup, which will be held in New Zealand.