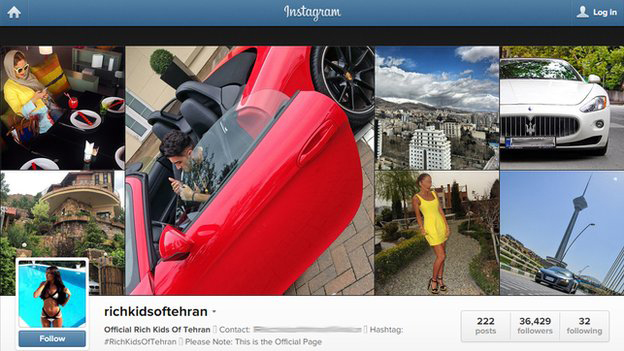 If it wasn’t for the Farsi number plates, you’d be forgiven for thinking the account belonged to a rich American living in sun-drenched Los Angeles. But this – apparently – is Tehran, the Iranian capital, where women are forbidden from going uncovered in public places, and alcohol is strictly forbidden.

Rich Kids of Tehran – a play on Rich Kids of Instagram – is a collection of photographs that appears to show the decadent lives of the city’s gilded youth. Young women in bikinis lounge by deep blue swimming pools, while the men recline in supercars or slouch in front of tables stacked with liquor. The women seem to be in their private homes and gardens – where going uncovered is not prohibited – and some of the photos are taken in different countries. Many are clearly taken in and around Tehran, however. And while it is impossible to confirm where the alcohol has been photographed, it has been widely reported that drink is available to Iranians with deep pockets. 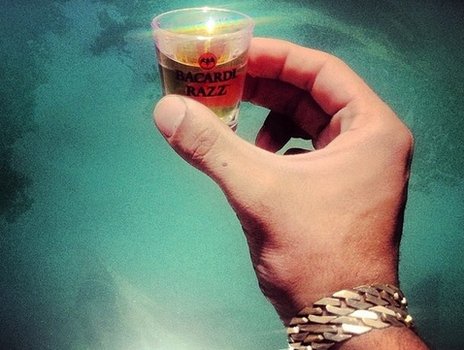 The page has been live for a little over three weeks. In that time it has amassed 45,000 followers, and the figure is quickly gathering pace. Although the administrators of the page list an email address, they have not yet responded to our request for an interview. It may well be that the pictures have been lifted from private accounts, and posted against the will of those who took them. 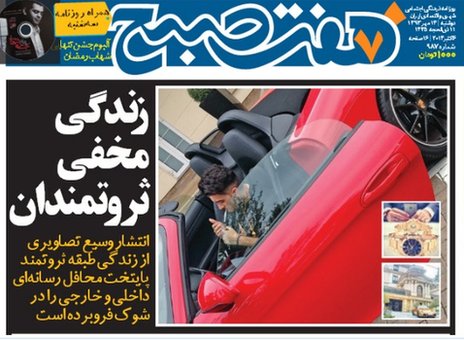 The images have alarmed many in the country, and yesterday one Iranian newspaper ran pictures from the site under the headline: “The hidden lives of the rich.” Most of the images are publicly available on what look like genuine Instagram accounts of the individuals in the photos.

It seems they do not fear repercussions from the Iranian authorities, who have been known to pursue other young people for engaging in subversive activities. Seven Iranians were recently issued with suspended sentences for uploading their own version of Pharrell Williams’ music video Happy to YouTube.