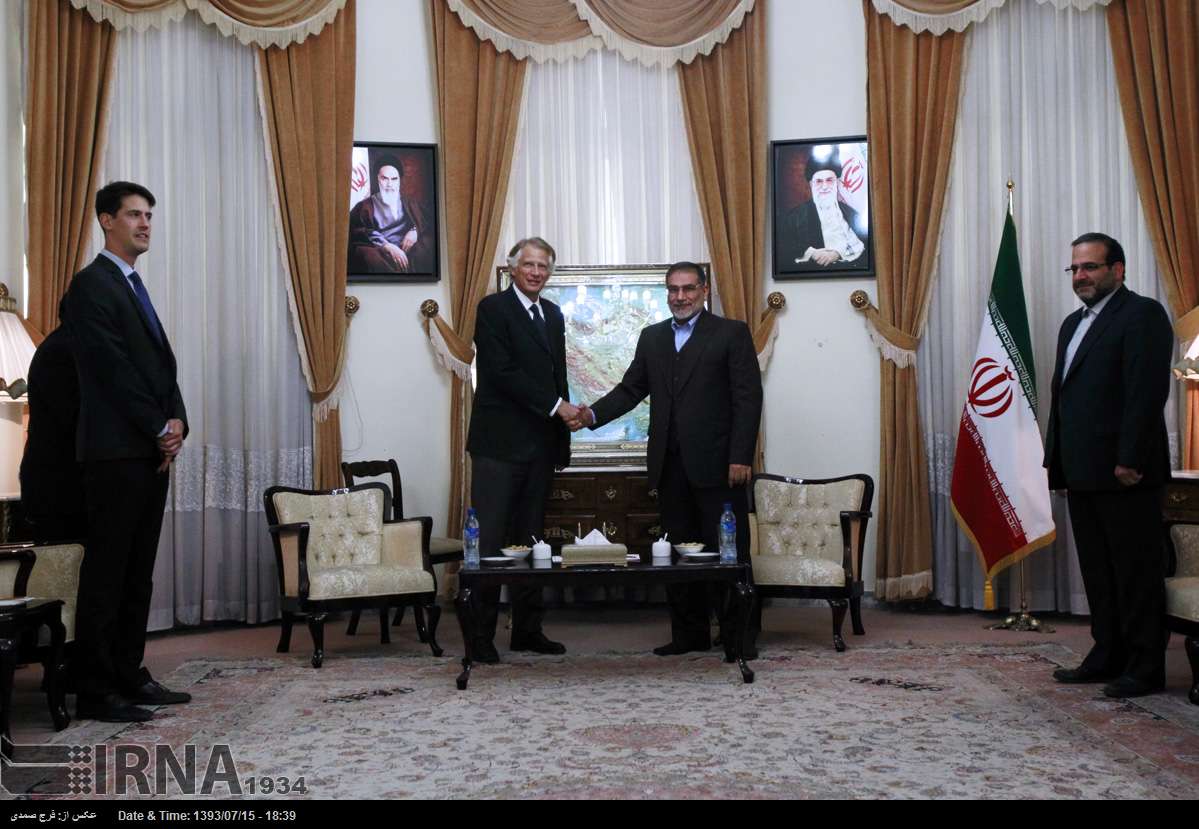 In a meeting with former French prime minister, Dominique Marie François René Galouzeau de Villepin, Shamkhani referred to wrong measures by certain western states to make instrumental use of terrorism in the region and said disrespect for Iran’s strategies of supporting the public rights and respecting genuine democracy are the results of conditions whose danger is felt even by European states.

He said minds of the Middle Eastern people are distorted by the double-standards of the West vis-à-vis terrorism and supporters of the terrorist groups should be held accountable for their acts resulting in the killing of civilians and destruction of the economic infrastructures of Iraq and Syria.

Underlining the need to remove root causes behind the formation of Takfiri terrorist groups and its political, social and economic grounds, he said formation of any coalition or adoption of similar measures can be regarded just as propaganda moves.

Recalling extensive cooperation between Iran and the International Atomic Energy Agency (IAEA), Shamkhani said Iran should enjoy all its nuclear rights within the frameworks of the NPT and will accept no discrimination in that regard.

Emphasizing Iran’s will to continue talks and attain comprehensive accord in the set time limit, he said West can seize the unrepeatable chance provided by Iran free from any ambition or illusion, while respecting Iran’s nuclear rights and lifting all illegal sanctions.