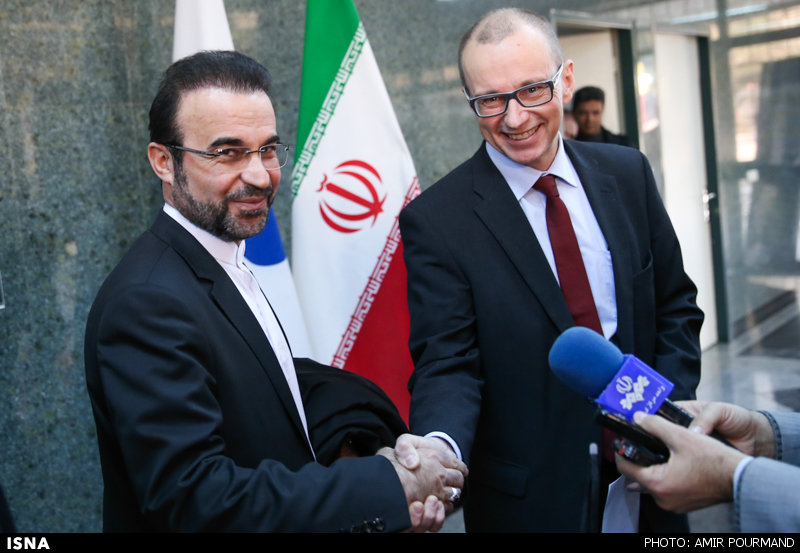 TEHRAN (ISNA)- Iran and the International Atomic Energy Agency (IAEA) have started negotiations Tehran on Tuesday to settle the remaining issues and investigate two issues of the third step of cooperation.

The IAEA inspectors arrived in Iran on Tuesday morning to continue technical and experts talks between the two sides and investigate two issues out of five remaining issues in the third round of cooperation.

The two issues which are to be discussed include exchanging information with the IAEA concerning allegations on beginning strong explosions and presenting the relevant information agreed upon and delivering relevant explanations about studies and articles published in Iran on neutron transport, modelings, relevant calculations and alleged use of them in intensive materials.

Iranian envoy to the IAEA, Reza Najafi said that, “Delay in practicing the two steps which should have been taken under the third round of cooperation is due to the agency. It announced EBW evaluations late and was not prepared in the technical sessions.”

He added that this round of talks would last for two days.

In case this phase of Iran’s cooperation, signed under Tehran Declaration signed by Head of Atomic Energy Organization of Iran (AEOI) Ali Akbar Salehi and IAEA Chief Yukiya Amano in Tehran on November 11, is completed, Iran has answered 18 questions and ambiguities raised by the IAEA.