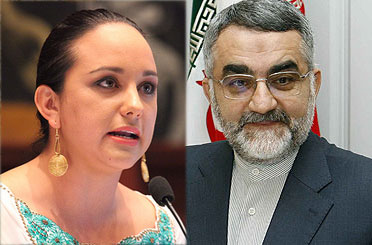 He pointed to Ecuador’s opposition to foreign intervention in the Middle East and described it as a common approach in foreign policy of the two countries.

Alaeddin Boroujerdi also called for improvement of relations between the two parliaments bilaterally and within Inter-Parliamentary Union.

Gabriela Rivadeneira on her side appreciated the visit by Iranian delegation and asserted that “Ecuador is interested in improve its cooperation with the Islamic Republic of Iran in different fields and such official meetings can pave the way for boost in relations.”

Ecuadorian parliament speaker announced that her country was establishing a knowledge-based town and called for Iran’s assistance in regard to new sciences and medicine production.