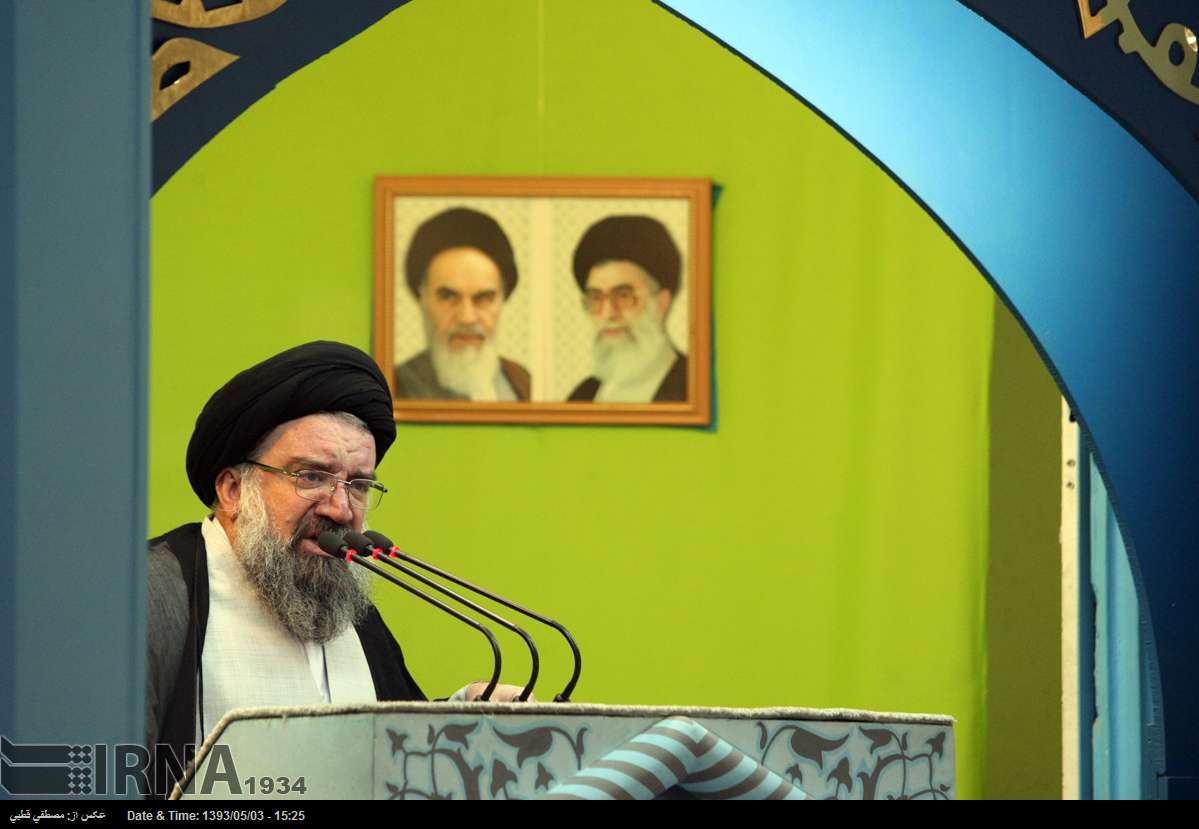 During his speech at the UN General Assembly last month, Cameron pointed the finger at Iran for backing terrorism, adding that Tehran and London had “severe disagreements” over the Islamic Republic’s nuclear energy program and its human rights situation.

Khatami said the British government had a “black record” in the eyes of the Iranian nation, saying London is a major sponsor of the Israeli regime as well as terrorist groups like the ISIL and the MKO terror grouping.

He also called the so-called US anti-ISIL coalition as a “deceptive and hypocritical” coalition which pursues malicious objectives.

The cleric said the West created terrorist groups like ISIL as it did before to achieve certain anti-Islamic objectives.

The ISIL controls large swathes of Syria’s northern territory. The group sent its members into neighboring Iraq in June and seized large parts of land there.

The ISIL terrorists have threatened all communities, including Shias, Sunnis, Kurds, Christians and Izadi Kurds, in Iraq and have been committing heinous crimes in the areas they have taken.