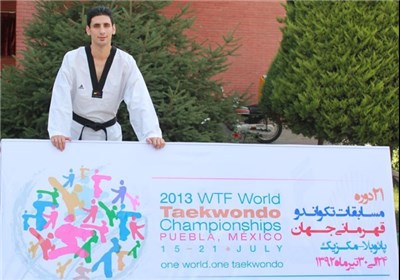 “I’ve come here to win the gold medal because a gold medal in the Asian Games is more valuable than 50 silver medals,” Asbaghi said.

“From now, I will concentrate on Mexico Olympics qualification and World Cup. I dedicate my medal to my parents,” he added.

Iranian athletes had already won 15 gold medals in the games.

And Mahdi Khodabakhshi snatched the gold medal in the -68 kg taekwondo.