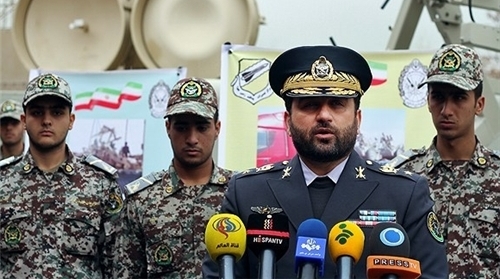 Esmayeeli had announced in September that Iran will unveil and launch several new hi-tech radar and air defense systems with various capabilities, including trace and identification of small flying objects, this year.

“Arash 2 radar system with the capability of discovering small flying objects which used the world’s state-of-the-art technology is one of the latest achievements” of Iran’s air defense, Esmayeeli said in a press conference on the occasion of the Air Defense Day in Iran.

Also in August, senior Iranian military officials said Iran enjoys such an integrated air defense system now that no enemy flying object can approach the country’s border without being noticed.

“At present, every part of the Islamic Republic of Iran’s airspace is connected to the integrated air defense network and the smallest movements cannot go unnoticed by the eagle eyes of the air defense base,” Lieutenant Commander of Khatam ol-Anbia Air Defense Base Brigadier General Alireza Sabahifard said.